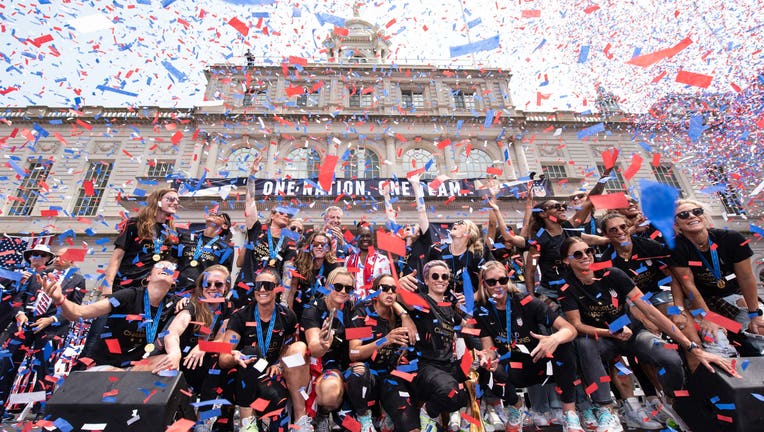 Wearing a red women’s team jersey, 12-year-old Greta Lindall on Tuesday told fans that members of the women are heroes. She added no one can criticize their skills because they are the best in the word, and the next step is “to pay them like it.”

The demonstrators later delivered a petition with 200,000 signatures to USSF employees inside.

The Soccer Federation has come under fire for paying the women’s team less than the men’s team, which failed to qualify for the 2018 World Cup.

USSF spokesman Neil Buethe said the organization is moving toward negotiations with the women’s national team, and both parties have agreed not to discuss anything further with the media.