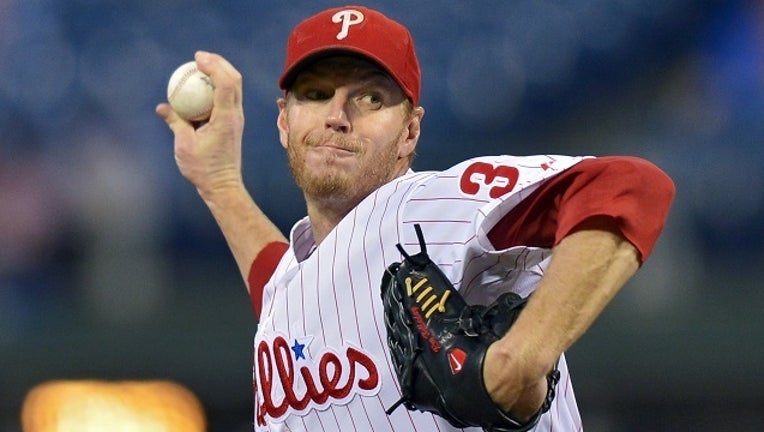 On Friday, May 29, Halladay's number will be retired prior to that evening's 7:05 p.m. game against the Washington Nationals.

The special event will take place on the 10th anniversary of Halladay’s perfect game, the 20th in Major League Baseball history.

“Roy Halladay made an indelible mark on Phillies history with so many spectacular moments, including his perfect game and postseason no-hitter,” said Phillies Executive Vice President David Buck. “His impact on the game was evident by his induction into the Hall of Fame. We are honored to have Roy join an elite group of players to have their numbers retired by the Phillies.”

Special guests will be in attendance to honor the beloved “Doc," according to the Phillies.

During the pregame ceremony, Halladay’s number will be unveiled above the rooftop in Ashburn Alley, joining other legends whose numbers have been retired by the Phillies, including Richie Ashburn (1), Robin Roberts (36), Steve Carlton (32), Mike Schmidt (20), Jim Bunning (14) and Jackie Robinson (42).

The event will also feature the unveiling of a six-foot high, No. 34 statue at the Third Base Plaza.

Halladay, an avid flyer, lost his life in November 2017 when he crashed his plane in Florida. He was 40 years old.

He joined Don Larsen (1956) of the New York Yankees as the only pitchers to throw a no-hitter in the postseason. Halladay opened the 2010 NL Division Series with one against the Cincinnati Reds in his first career playoff start.