CAMDEN, N.J. - Professional sports teams that train or play in New Jersey may resume those activities according to an executive order signed by Governor Phil Murphy.

In a Tuesday morning press conference, Murphy pointed out a portion of the order he signed on Friday that pertained to professional sports.

“I want to reiterate that my order expressly makes it possible for the professional sports teams which train or play in New Jersey to return to training camps or even competition, if their leagues move in that direction,” Murphy stated.

The decision impacts both the Philadelphia 76ers and Flyers, who train in Camden and Voorhees.

The Philadelphia 76ers Training Complex in Camden, New Jersey, will begin a phased reopening Wednesday for voluntary, individual workouts. Players and essential staff will adhere to strict safeguards in accordance with NBA guidelines, the team said.

The NBA is in talks with The Walt Disney Company on a single-site scenario for a resumption of play in Central Florida in late July, the clearest sign yet that the league believes the season can continue amid the coronavirus pandemic. 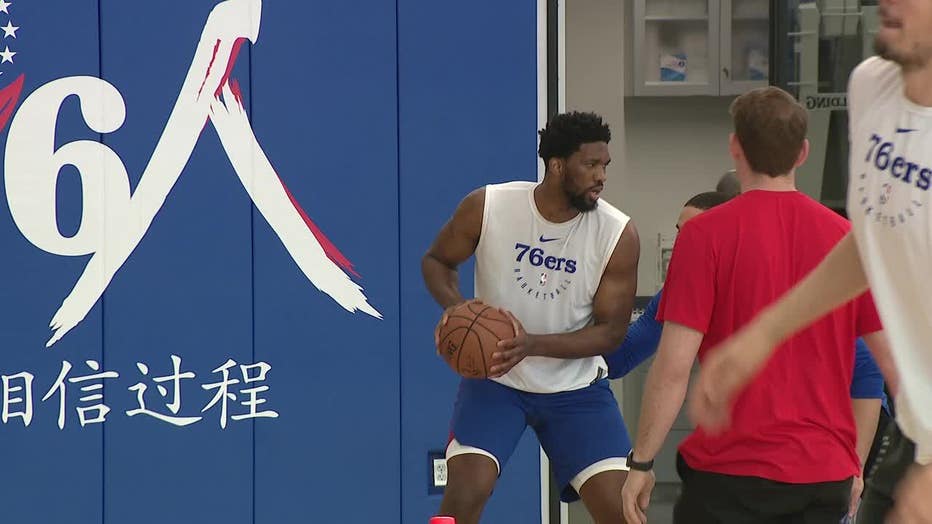 The NHL, which paused its season on March 12, released a memo Monday saying it is targeting early next month as the start date for Phase 2 of its return-to-play protocol, including the opening of practice rinks and allowing small, voluntary group workouts on and off the ice.