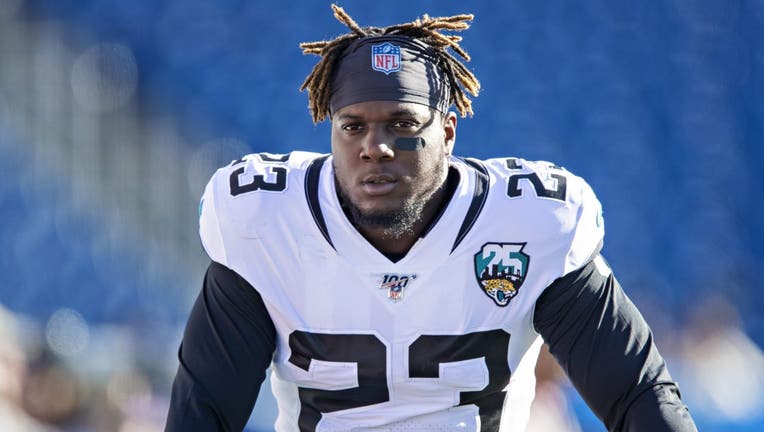 Ryquell Armstead #23 of the Jacksonville Jaguars warms up before a game against the Tennessee Titans at Nissan Stadium on November 24, 2019 in Nashville, Tennessee. The Titans defeated the Jaguars 42-20. (Photo by Wesley Hitt/Getty Images)

JACKSONVILLE, Fla. - Former Millville Senior High School and Temple University football player Ryquell Armstead is expected to miss the remainder of the NFL season due to COVID-19 complications, according to a report.

The 23-year-old Jacksonville Jaguar running back has been hospitalized twice due to complications from COVID-19, according to ESPN's Adam Schefter.

Armstead was placed on the team's COVID-19/reserve list for the second time this season back in September. He was previously placed on the list in early August.

Armstead was drafted by the Jaguars in the fifth round of the 2019 NFL draft after recording 2,812 yards and 34 touchdowns in four seasons at Temple.

On Saturday, the Jaguars also placed veteran running back Chris Thompson on their COVID-19/reserve list.