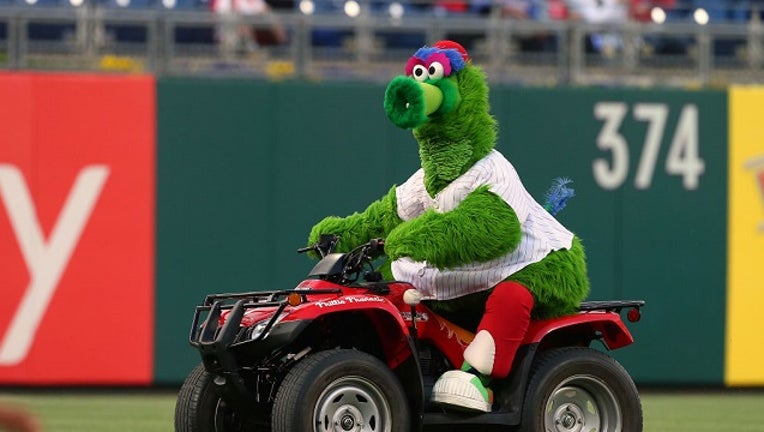 The Phillie Phanatic performs before a game between the New York Mets and the Philadelphia Phillies at Citizens Bank Park on April 16, 2019 in Philadelphia, Pennsylvania. (Photo by Rich Schultz/Getty Images)

PHILADELPHIA - The Philadelphia Phillies are suing over ownership rights of the beloved Phillie Phanatic.

TMZ Sports reports the firm is now going back on the agreement arguing the deal wasn't really a forever contract. They also report that in a letter Harrison/Erickson Incorporated said they would not allow the team to use the Phanatic after June 15, 2020 if they don't renegotiate and are even threatening to make the mascot a free agent.