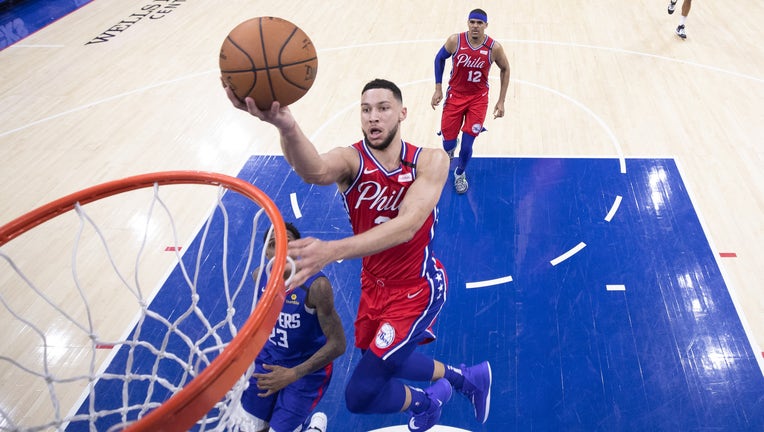 Ben Simmons #25 of the Philadelphia 76ers shoots the ball against Lou Williams #23 of the Los Angeles Clippers in the second quarter at the Wells Fargo Center on February 11, 2020 in Philadelphia, Pennsylvania. The 76ers defeated the Clippers 110-103

PHILADELPHIA - If and when the NBA season resumes, the Philadelphia 76ers expect to be at full strength with Ben Simmons returning from a lower back injury.

ESPN reports team officials “expect to have him” should the NBA season start back up after it was suspended due to the coronavirus pandemic.

The All-Star was sidelined during a game back on February 22 after suffering a nerve impingement in his lower back.

Prior to the suspension of the season, the 76ers had a record of 39-26 and would be tied for the fifth seed in the Eastern Conference standings, should the season continue.

Simmons and his teammates have kept busy during their time off, launching The Philly Pledge and taking part in the All-In Challenge to help those in need during the pandemic.