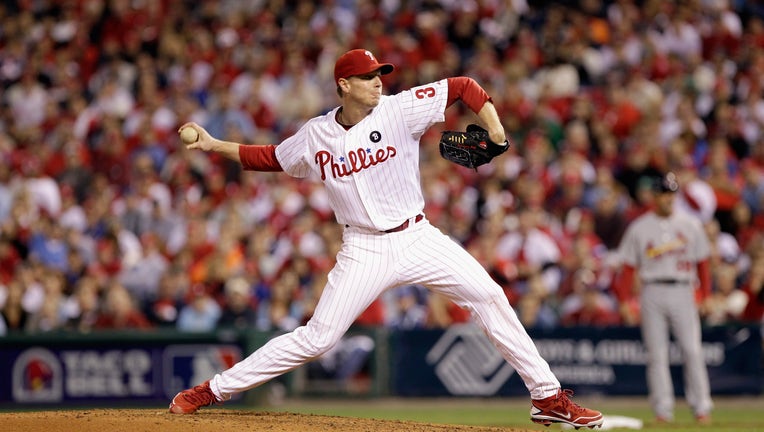 Back in January, it was announced that Halladay had appeared on 85% of the ballots cast by national baseball writers in his first year of eligibility. Halladay's family decided that Roy's Hall of Fame plaque will not feature a team cap.

Halladay, a former first round pick, broke into the big leagues in 1998 with the Toronto Blue Jays and quickly became a household name. The right-hander spent 12 seasons with the Jays and threw over 2,040 innings with 49 complete games. He won the 2003 Cy Young Award in a landslide decision, receiving all but two first place votes cast by baseball writers.

The Phillies traded for Halladay in a blockbuster deal during the 2009 offseason. He immediately served as an anchor for Philadelphia by leading the league in wins, innings pitched, ERA and complete games and complete game shutouts. Halladay tossed a perfect game against the then-Florida Marlins in May, and threw a no-hitter against the Cincinnati Reds in the National League Divisional Series in October. At 33, Halladay became the first Phillies pitcher since 1987 to win the National League Cy Young Award.

Halladay's dominance and durability are what carried him to Cooperstown. Through his 16 year career, Halladay amassed 67 complete games and lead the league in the statistic in seven seasons. Halladay won 203 games and finished his career with a 3.38 ERA with 2,117 strikeouts. He was selected to 8 All-Star games and finished within the top five in Cy Young voting seven times.

Halladay, an avid flyer, tragically lost his life in 2017 when he crashed his plane in Florida. He was 40-years-old.