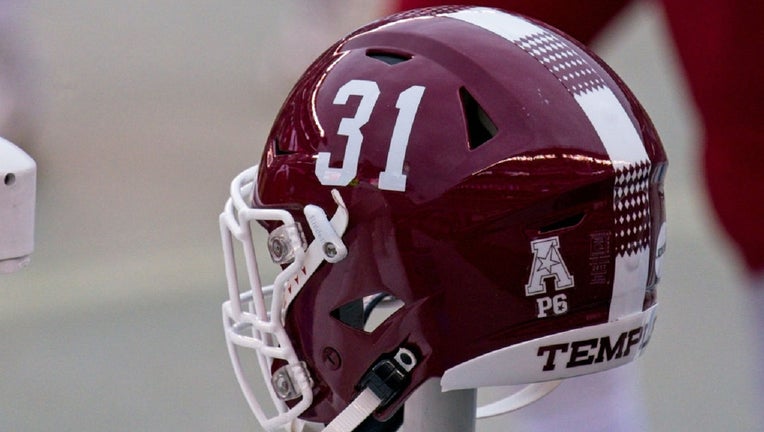 PHILADELPHIA, PA - NOVEMBER 21: Temple Owls helmet sits on a cart during the game between the East Carolina Pirates and the Temple Owls on November 21, 2020 at Lincoln Financial Field in Philadelphia, PA. (Photo by Andy Lewis/Icon Sportswire via Gett

PISCATAWAY, N.J. - The season-opening game between Temple and Rutgers scheduled for Thursday night has been postponed until Saturday after the remnants of Hurricane Ida dumped historic rain over the northeastern U.S.

Rutgers officials did not immediately announce a new starting time. Information on tickets, credentials and parking for the game at SHI Stadium, which was sold out, also will be announced later.

Thursday night's game was to be the first at the 52,000-plus seat SHI stadium without attendance restrictions since 2019. Crowds were limited last season due to the coronavirus pandemic.

"I said all summer that we went through a lot last year and that has prepared us for anything," Carey said in a statement. "My thoughts are with those families who have lost their homes due to this storm. Delaying our football game for 48 hours is not as devastating as their situations."