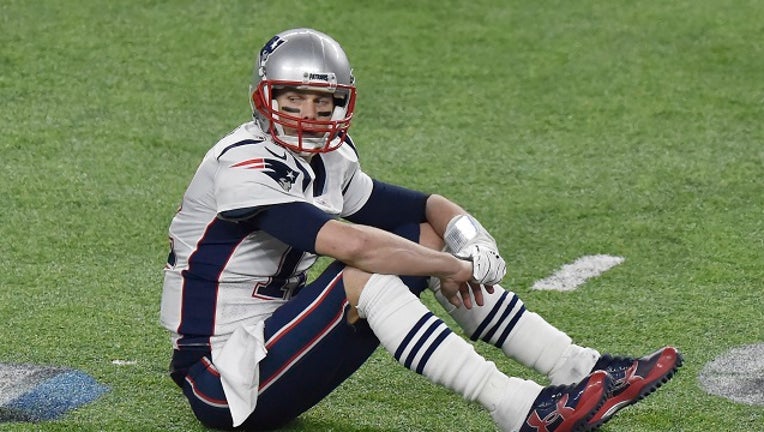 Tom Brady #12 of the New England Patriots sits on the field an looks on after a play against the Philadelphia Eagles during Super Bowl LII at U.S. Bank Stadium on February 4, 2018 in Minneapolis, Minnesota. The Eagles defeated the Patriots 41-33. (Ph

PHILADELPHIA - Tom Brady was asked during his weekly radio spot on The Greg Hill Show morning show on WEEI about facing Philly after the 41-33 Super Bowl LII loss.

"How long does it take you to get over a loss like that?" Hill asked. "You assume I’m over it? Come on now. That’s a lot of mental scar tissue from that year that was a tough game," he said.

Brady continued, “In a lot of ways, we learned from that year and we came back stronger the next year. We won the Super Bowl in ’18. I think everything is a matter of perspective and when you play in that game and you play great teams, you’re not going to win them all. This is not the Harlem Globetrotters vs. the Washington Generals. This is all about tough competition against the best teams."

"They deserved it that year and now a couple years later we get a chance to play the organization again. We’ve had a lot changes. They’ve had a lot of changes. It’s totally different circumstances. Huge game for us. Big game for them. The better team is going to win," he said.

The Birds face off against New England (8-1) during a Week 11 matchup Sunday. Both teams are coming off bye weeks.  Keeping the ball away from Tom Brady and Russell Wilson would certainly seem like a formula to win. Howard and Sanders could do that if Pederson sticks to the run.