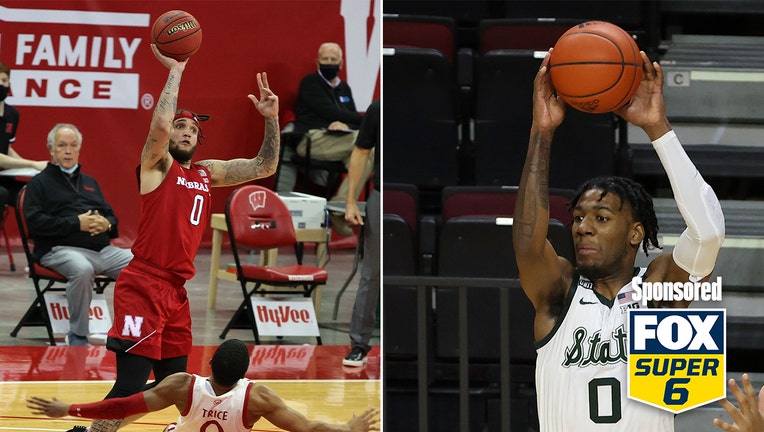 It feels so weird to say it. It feels bizarre to think that it could actually happen.

An NCAA Tournament without Tom Izzo and the Michigan State Spartans? Could it really happen?  It hasn’t since 1997 – a stretch of 22 years (not counting the cancelled NCAA tournament) – since Sparty has watched the tournament from home. Only Kansas (30) and Duke (24) have longer streaks currently of making March Madness.
Still, there is time for Michigan State to right the ship. But it must start on Saturday (6:30 p.m., ET, BTN) at the Breslin Center when the last place team in the Big Ten- Nebraska- visits East Lansing to face the 8-7  Spartans.

And that game could win you $1,000 when you play the FOX Super 6 on Saturday’s game. Just download the Super 6 app on your smart phone or tablet, predict the right answers to the six questions on this game and you could win $1,000. It’s that simple and best of all, it’s free.

Who wins: Nebraska or Michigan State
Let’s be blunt here: if Michigan State loses this game, the NCAA dreams of an at-large berth are all but eliminated. The resume couldn’t sustain a loss to a winless in conference Nebraska team. This is a game you expect Izzo to get his team together to win. It also is expected that Nebraska- who had five games called due to a COVID-19 breakout – to be rusty after not playing since Jan. 10. All signs point towards Sparty.