PHILADELPHIA - The United States declared independence from Great Britain 245 years ago this Sunday – on July 4, 1776. Independence Day gatherings were a little different in those days, and so was the weather.

While, for obvious reasons, there are not many surviving weather records from the 18th century, Thomas Jefferson was one of the few people from that time period who kept a detailed weather diary. 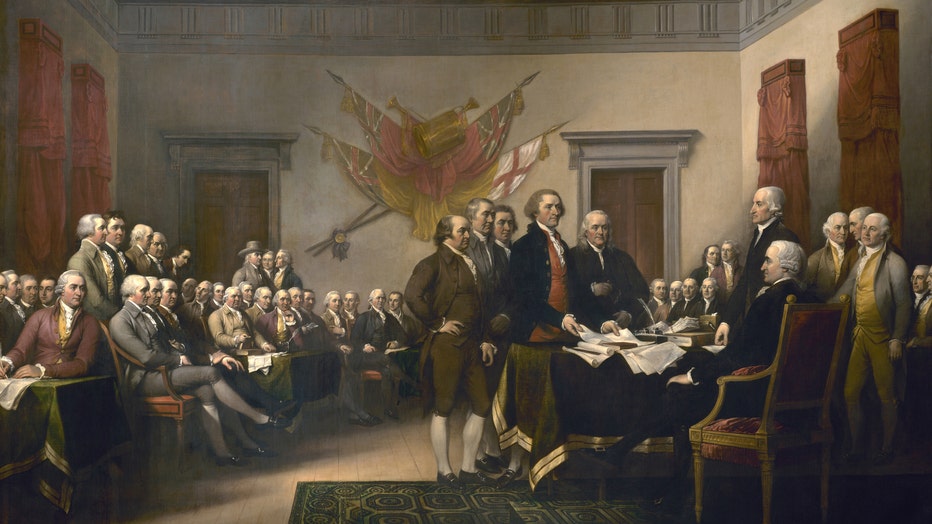 The Declaration of Independence by John Trumbull (Architect of the Capitol)

Jefferson noted in his memorandum books that he purchased nearly 20 thermometers. One of the purchases was made on July 4, 1776, from Philadelphia merchant John Sparhawk for a price equivalent to about $300 in today's currency, according to monticello.org.

Three days earlier, on July 1, Jefferson had begun drafting his first surviving "meteorological diary." His daily routine for the remainder of his life included two thermometer checks, once at dawn and again in the late afternoon –  what he considered the coldest and warmest times of the day – so that he could record the daily low and high temperatures.

"My method is to make two observations a day, the one as early as possible in the morning, the other from 3. to 4. aclock, because I have found 4. aclock the hottest and day light the coldest point of the 24. hours," Jefferson wrote in a letter to Thomas Mann Randolph, Jr., on April 18, 1790. "I state them in an ivory pocket book in the following form, and copy them out once a week."

Jefferson would also note other weather conditions such as cloud cover, wind, precipitation and humidity, according to monticello.org. However, his observations were hampered by the imperfect instruments available to him at that time. It was not until 1850 that an accurate thermometer was invented, and the hygrometer, which measures humidity, was not perfected in his lifetime.

In addition to Jefferson, there were two others who kept logs of weather observations in Philadelphia in July 1776: Phineas Pemberton and Christopher Marshall, according to WHYY-TV's Franklin Facts segment.

Between the entries from these three men, we can figure out what the weather was like at the start of July, including our nation's first Independence Day. 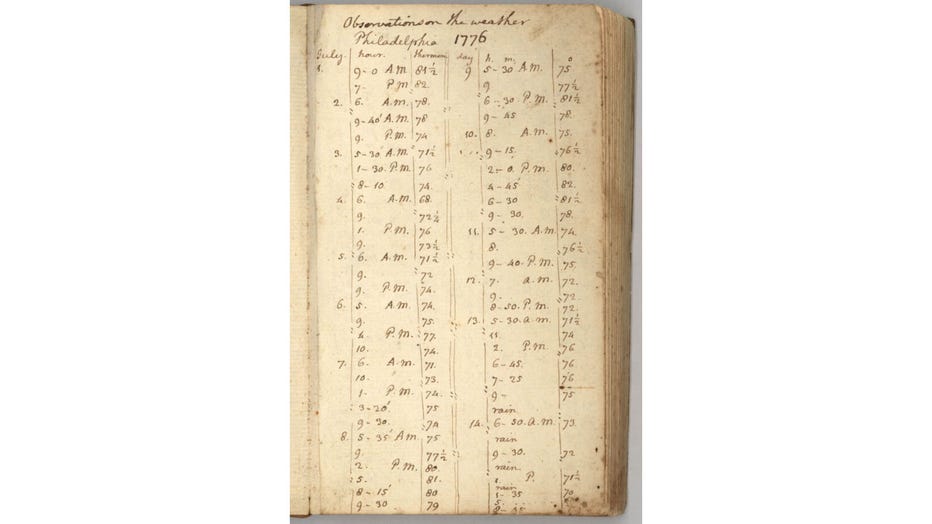 Their records indicate July 1 was humid with highs in the 80s. It started off mostly sunny, but by 4 p.m., skies darkened, winds increased and thunderstorms formed over the area.

July 2 was cooler with temperatures holding in the 70s, but the observers noted there were frequent rain showers. A sunny and pleasant day followed on July 3, with highs around 80 degrees.

On the Fourth of July in 1776, Jefferson recorded a low temperature of 68 degrees at 6 a.m., with clear skies and light northerly winds. By 9 a.m., it had warmed up to 72 degrees under a mostly sunny sky.

Jefferson didn't take a 3-4 p.m. measurement that day because, well, he had more important business to take care of that afternoon, like signing the Declaration of Independence.

But he did report the observations at 1 p.m.: 76 degrees with increasing clouds. Pemberton also recorded a temperature of 76 degrees that afternoon in 1776. How appropriate.