Thursday started off sunny and warm, but storms are expected to impact the East Coast.

PHILADELPHIA - If you woke up Thursday morning and thought it felt like summer, you wouldn't be wrong.

The temperature at Philadelphia International Airport only dipped to 68 degrees early Thursday, and it had already warmed to 70 degrees by sunrise.

Not only is this warmer than the average afternoon high for this time of year (64 degrees), but it's nearly on par with the average morning low in the middle of summer (70 degrees). 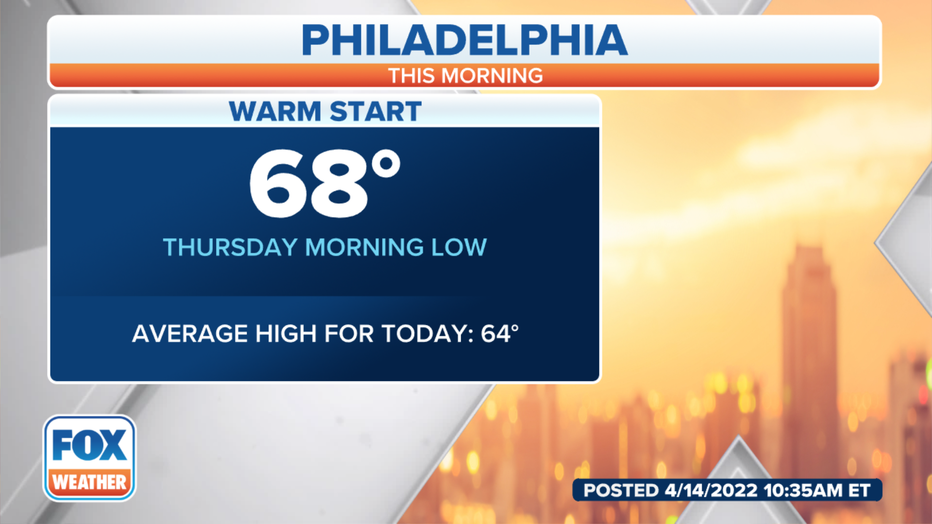 The warmest low temperature ever recorded on April 14 is 62 degrees, which occurred in 2014.

But even though that was topped by 6 degrees Thursday morning, the record might be safe because temperatures are expected to drop below 62 by midnight as a cold front pushes through the Delaware Valley later on Thursday. 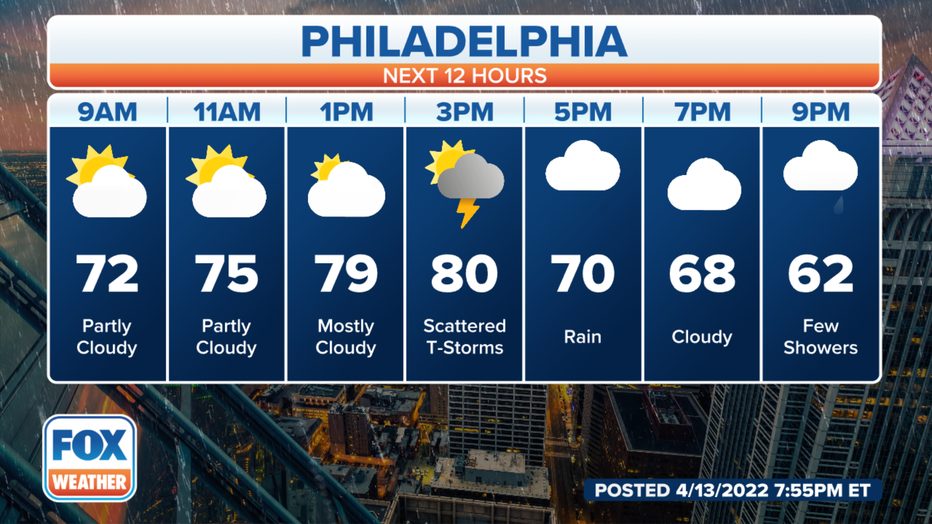 The cold front is expected to trigger the development of scattered severe thunderstorms Thursday afternoon and evening before pushing offshore overnight.

Areas shaded in red on the map below from eastern Pennsylvania into Central and North Jersey have the greatest risk of severe weather in the FOX 29 viewing area. That includes the cities of Philadelphia, Allentown and Trenton.

The risk of severe storms is slightly lower in South Jersey and Delaware, but an isolated stronger storm is still possible in those areas. 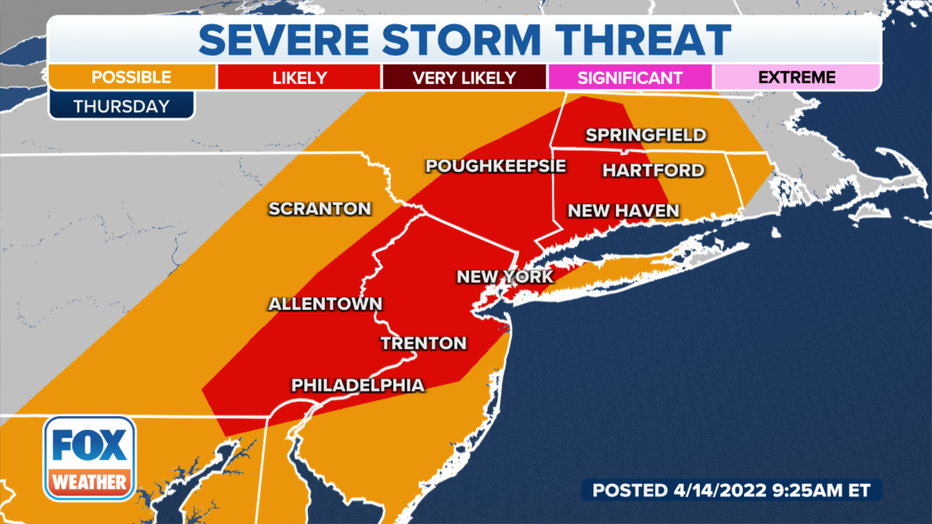 Damaging wind gusts and frequent lightning are the main threats from Thursday's thunderstorms.

Localized flash flooding is also possible, mainly in areas along and northwest of the Interstate 95 corridor. 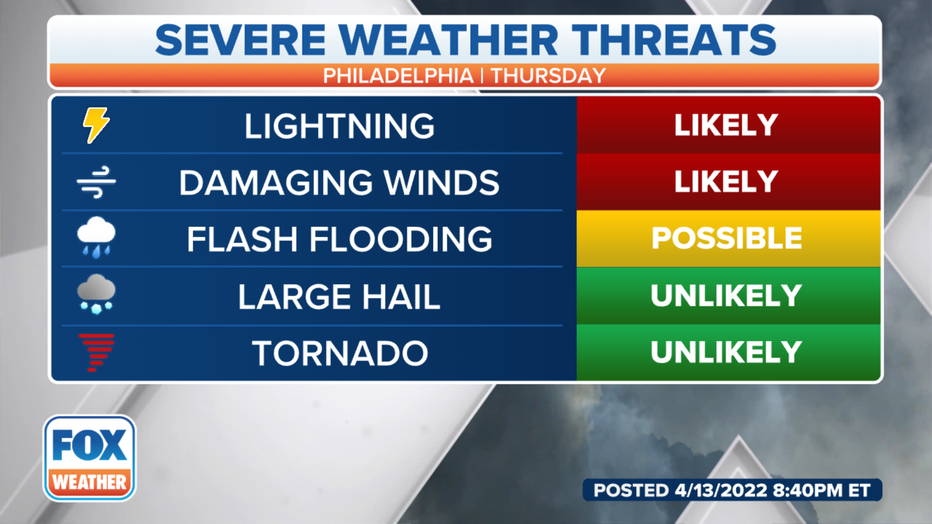 Bright sunshine returns to the Delaware Valley on Friday with highs in the lower 70s. Much cooler air will filter into the region by Sunday, as highs will likely be stuck in the 50s through early next week.