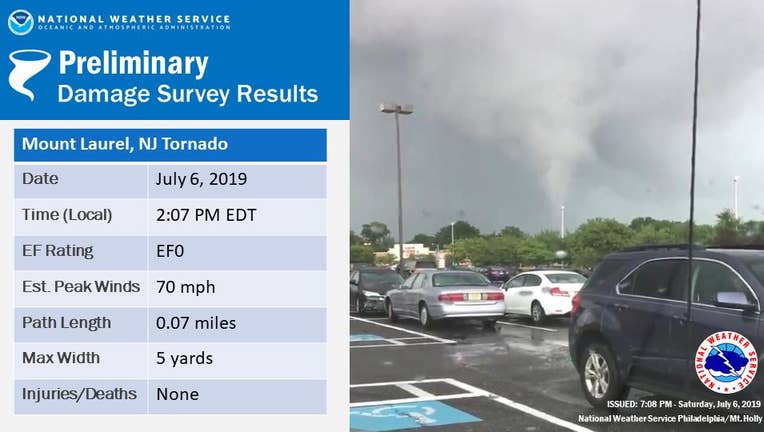 MOUNT LAUREL, N.J. - Authorities say a tornado touched down at a New Jersey commercial building, flipping over a car and causing roof damage before dissipating. No injuries were reported.

The National Weather Service said the EF-O tornado with winds up to 70 mph touched down in the Mount Laurel building's parking lot shortly after 2 p.m. Saturday.

Surveillance video showed the tornado flipping a car. Officials said it moved over the building, pulling back portions of roofing material and tearing two air conditioning units off, before dissipating. Officials said the ceiling tiles "were also dislodged throughout the interior of the building."

Robert Deal, service manager at Castle Windows, told the Burlington County Times that 25 to 30 people were evacuated. Authorities said the gas was shut off as a precaution.