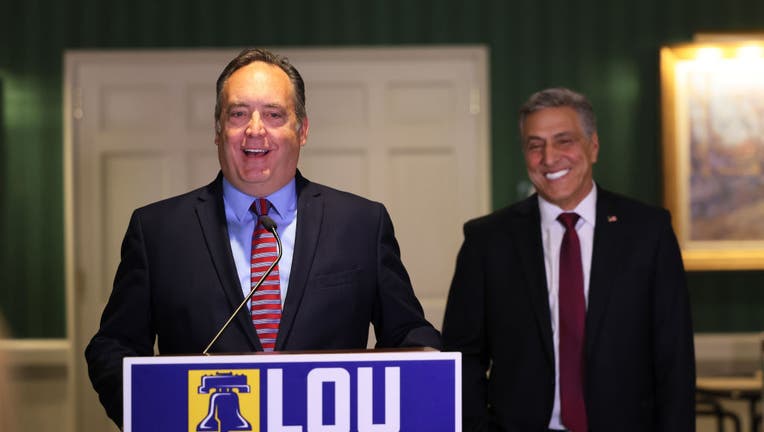 HARRISBURG, Pa. - A Republican candidate for Pennsylvania governor said Thursday that he was ending his campaign and endorsing rival Lou Barletta, a move that comes as GOP leaders warn that leading candidate Doug Mastriano is too far right to win in a general election.

Jake Corman, Pennsylvania's ranking state senator, announced his endorsement of Barletta at a news conference just days before the state's Tuesday primary and amid hand-wringing by establishment Republicans that a Mastriano victory would doom their chances of flipping the governor's mansion in November in the battleground state.

Corman's name will remain on ballots statewide, and mail-in voting has been underway for weeks. It's unclear what, if any, effect Corman's decision to end his campaign will have on the race, since polls have showed him gaining little traction.

Mastriano has shown strength in recent polls, while being a prominent peddler of conspiracy theories, including former President Donald Trump’s false claims that widespread fraud marred the 2020 election and resulted in his loss in Pennsylvania. Mastriano also floated a plan to overturn the election results, helping draw a subpoena from the congressional committee investigating the Jan. 6 insurrection at the U.S. Capitol.

For weeks, party officials behind the scenes have urged candidates in what was originally a 10-deep field to step aside and coalesce around one candidate to help defeat Mastriano. One dropped out early enough in the race to remove his name from ballots, but eight candidates still remain.

Barletta acknowledged Thursday that there is very little in policy difference between him and Mastriano. Rather, he pointed to his experience winning elections as mayor in small-city Hazleton and in winning four terms in Congress.

Mastriano earlier this week said the Republican establishment "is in a panic mode" at the prospect that he will be the party’s nominee. Meanwhile, two other Republicans who remain in the race, Bill McSwain and Dave White, derided the Corman-Barletta alliance as one career politician endorsing another career politician.