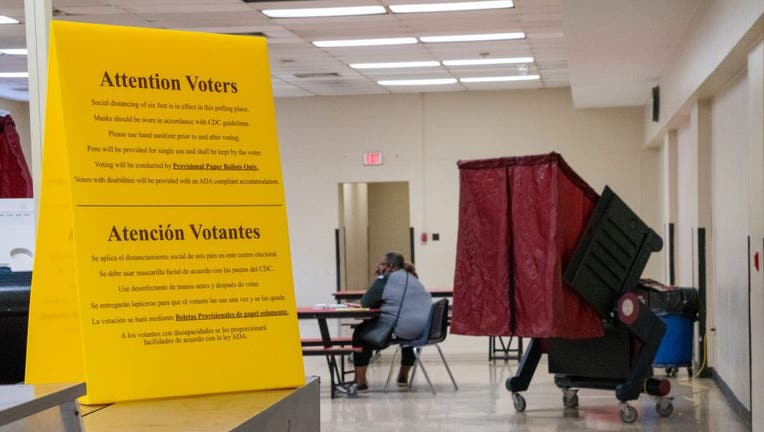 DOVER, Del. - On Nov. 3, voters will have the opportunity to cast their vote for the next president, as well as the state's governor. Voters will also decide who will fill a U.S. House seat and a U.S. Senate seat.

Residents of former Vice President Joe Biden's home state will be choosing between the University of Delaware alumnus and incumbent President Donald Trump. Delaware and its three electoral votes went to Hillary Clinton in the 2016 election.

Meanwhile, Democratic Gov. John Carney will be facing off with a political newcomer in Julianne Murray in the race for governor.

Sen.Chris Coons is also up for re-election and faces a challenge from another political newcomer and firebrand Lauren Witzke after she defeated her party's endorsed candidate in the primary.

Here is what you need to know ahead of Election Day:

To register to vote or apply for an absentee ballot, CLICK HERE.

Polls in Delaware are open from 7 a.m. until 8 p.m. Nov. 3. Registered voters can request absentee or vote-by-mail ballots on the state's elections website.

Vote-by-mail ballots may be sent to voters beginning 30 days prior to the election and will continue to be mailed through October 30.

Mailed ballots may be mailed back or dropped off at your county election office, where secure drop boxes are available. Ballots MAY NOT be dropped off at polling places in Delaware.

You can find a secure ballot drop box location, here.

You can find out more about any of the candidates listed above at Ballotpedia.org.