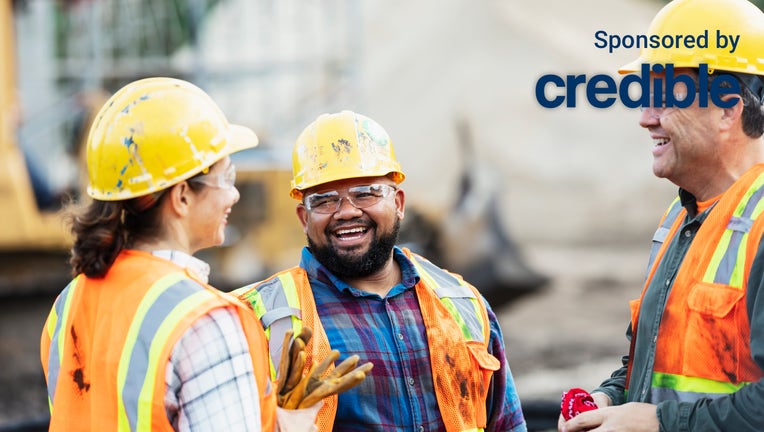 Job growth accelerated in November after a slowdown in October.

The economy added 263,000 jobs in November, according to the latest jobs report from the Bureau of Labor Statistics (BLS). That uptick in jobs is up from October’s rate of 261,000 new jobs.

Job growth in November was driven mainly by the leisure and hospitality, health care and government sectors. Meanwhile, employment declined in retail trade and in transportation and warehousing.

The unemployment rate in November stood at 3.7%, unchanged from October. This means the number of unemployed people in the country remained at about 6 million.

"The November employment report showed that the labor market is still strong despite rising interest rates and slowed down activity in some sectors of the economy," Dawit Kebede, Credit Union National Association (CUNA) senior economist, said in a statement.

The jobs report also showed that wages increased by 0.6% in November and have risen by 5.1% year over year. But despite overall job growth and wage growth, many Americans say inflation is still eating away at their earnings.

More than half or 52% of Americans say inflation has impacted their lives "a lot," according to a poll by YouGovAmerica and the Economist conducted at the end of November.

If you’re struggling in today’s economy, you can consider paying down high-interest debt with a personal loan at a lower rate. Visit Credible to compare mortgage options from multiple lenders without affecting your credit score.

Wage growth may be contributing to inflation

Some experts believe that wage growth in November may indicate inflation won’t slow down soon.

"The key figure from the November jobs report was wage growth, which accelerated during the month," Curt Long, National Association of Federally-Insured Credit Unions (NAFCU) chief economist and vice president of research, said in a statement. "That dents hopes that inflation has peaked and that the Fed will begin rapidly decelerating rate hikes. NAFCU anticipates that the fed funds rate will exceed five percent in 2023 before the FOMC is comfortable pausing rate hikes."

The YouGovAmerica and the Economist poll found that 46% of respondents believe inflation will be higher in six months. And 78% of Americans consider inflation a crisis, according to a survey by the real-estate data company Clever.

The Consumer Price Index (CPI), a measure of inflation, increased by 7.7% year-over-year in October. This is a smaller increase from the 8.2% annual increase in September, but the inflation rate was still close to the 9.1% 40-year high of earlier this year.

One expert also expect the gap between job openings and the number of unemployed people to contribute to potential future inflation.

"Average hourly earnings increased at a 7.2% annualized rate, faster than the increase in October," Kebede said. "This indicates that hiring demand is still stronger than supply. Recent job openings and labor turnover report also showed that there are more job openings available than the number of unemployed people. This level of increase in wages and tight labor market is not good news for the Federal Reserve's effort of fighting inflation."

In an attempt to lower inflation, the Fed has increased interest rates six times this year thus far, and is expected to continue raising rates in 2023. Most recently, the Fed increased the benchmark interest rate by 75 basis points in November, pushing the benchmark federal funds rate to a range of 3.75% to 4%, the highest rate since the global financial crisis of 2008.

However, even small increases to the federal funds rate may have an impact on the interest rates of consumer financial products like credit cards.

If you want to pay down high-interest debt before rates rise higher, consider taking out a cash-out refinance to pay down debt at a lower interest rate. Visit Credible to speak with a mortgage loan expert and find out if this option is right for you.

CREDIT CARD DEBT BURDENS NEARLY HALF OF AMERICANS, SURVEY SAYS: HERE’S HOW TO PAY YOURS DOWN

Recession may hit the nation in 2023: Economists

Despite the November job report's indication of job growth and increases in wages, the nation may be heading into a recession in 2023, some economists predict. For example, Bank of America economists in November indicated they expect a recession in the first quarter of 2023.

"We think the market could drop as low as 3,000 based on a panoply of indicators, given a host of risks we face as payback continues and a recession unfolds," Savita Subramanian, BofA head of U.S. equity strategy, said in the bank's forecast report.

The Mortgage Bankers Association (MBA) also warned of a potential looming recession during its annual conference in Nashville last October.

"We are really highly confident we are going to be in a recession next year," Mike Fratantoni, MBA chief economist and senior vice president, said at the conference.

Two consecutive declines in gross domestic product (GDP) in the first half of 2022 raised some debate over whether America already was in a recession. Some Americans believe so. More than half or 56% of Americans said the nation was in a recession, according to the YouGovAmerica and the Economist poll. And 18% said the country is either somewhat or very likely to dip into a recession in the next 12 months.

If you’re struggling in today's economy, consider refinancing your private student loans to lower your monthly payments. Visit Credible to find your personalized interest rate in minutes without affecting your credit score.

Have a finance-related question, but don't know who to ask? Email The Credible Money Expert at moneyexpert@credible.com and your question might be answered by Credible in our Money Expert column.