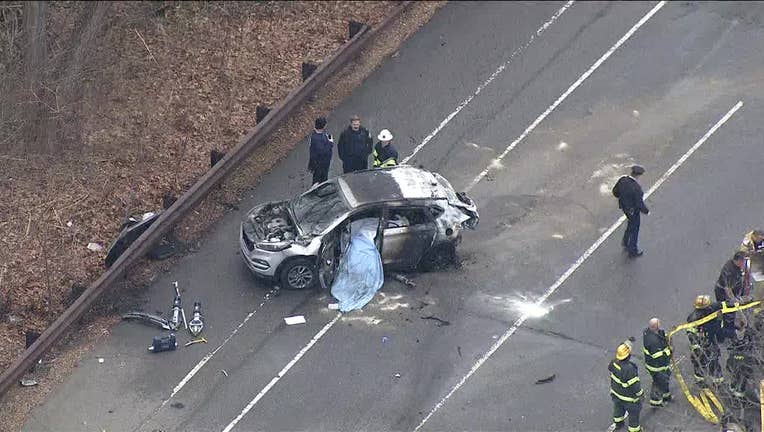 PHILADELPHIA - Police say a 55-year-old man has died after his car was rear-ended and burst into flames Friday morning in Roxborough.

The incident happened at approximately 9:12 a.m. on Henry Avenue and DuPont Street.

Officials say a 77-year-old man was driving southbound on Henry Avenue when he rear-ended a vehicle that was stopped at a red light at the intersection. 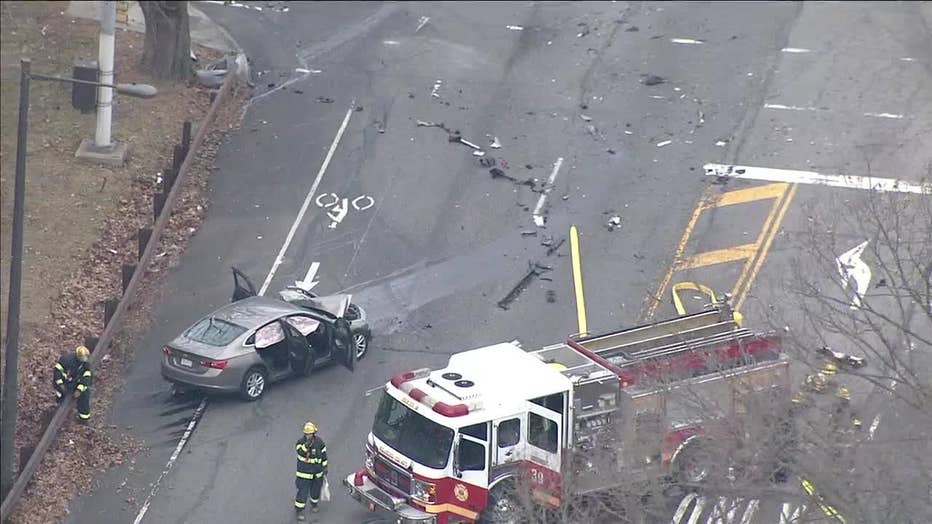 The impact caused the stopped vehicle to spin into the northbound lanes of Henry Avenue and catch fire.

The driver of that vehicle, a 55-year-old man, was unable to exit. Once fire officials extinguished the fire, the victim was pronounced dead at 9:29 a.m.

The driver of the striking car was hospitalized with several broken ribs, a broken hand and a broken foot/ankle.

A 69-year-old man and a 66-year-old woman who were in a third vehicle were uninjured.

Both the northbound and southbound directions of Henry Avenue were shut down.