A 14-year-old boy was among two injured in a shooting inside the Federal Donuts in North Philly.

Officers were called to the Federal Donuts location on the 700 block of North 7th Street for reports of gunfire.

A 22-year-old man was being pursued by two people through the parking lot and ran into the shop when he was shot multiple times throughout the body, according to Philadelphia Police Commissioner Danielle Outlaw. He is currently in critical condition at Jefferson Hospital. 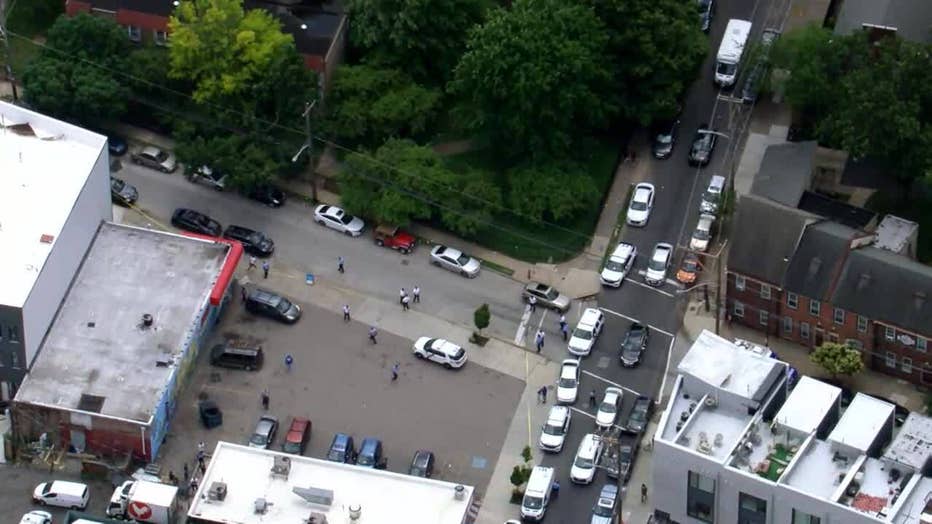 Police say the young teen was caught in the crossfire while eating with family members inside. The boy was shot twice in the leg and was taken to Jefferson Hospital in stable condition.

"Our offenders are becoming far more brazen than in the past," Outlaw said.

No arrests were reported immediately following the shooting. Philadelphia police have not said what sparked the gunfire but they are looking into whether this shooting may have been in retaliation for an earlier one.

Two people, including a 14-year-old boy, were injured in a shooting inside the Federal Donuts location in North Philadelphia Thursday afternoon.

Editor’s Note: This story has been updated to reflect the one victim was a 14-year-old boy.