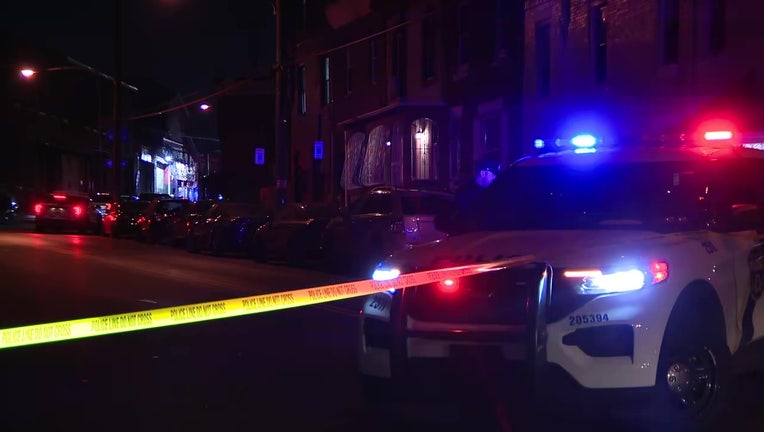 PHILADELPHIA - A young woman was killed in a double shooting after police say she was shot in the chest while standing in her living room late Thursday night.

Officers from the Philadelphia Police Department were called to the 200 block of West Glenwood Avenue for reports of a shooting.

Police found the 18-year-old with a gunshot wound to the left side of her chest, as well as a 23-year-old man who had been struck in the hand.

Officers rushed the victims to Temple University Hospital where the 18-year-old victim was pronounced dead, police said. She was later identified by police as Ramonita Jusino

The second victim was taken to Temple University Hospital and listed in stable condition.

Investigators say both victims were shot while they were inside the home, and that at least 20 shots were fired into the home from across the street. 20 spent shell casings were found on the sidewalk and street.

The bullets went through the front living room window, and police say Jusino was talking to her grandmother in the living room when she was shot. The other victim was coming down the steps.

Several other family members were in the house at the time of the shooting, including a four-month-old baby who was on the second floor.

Police say they have not identified a motive in the shooting, but believe it was targeted.