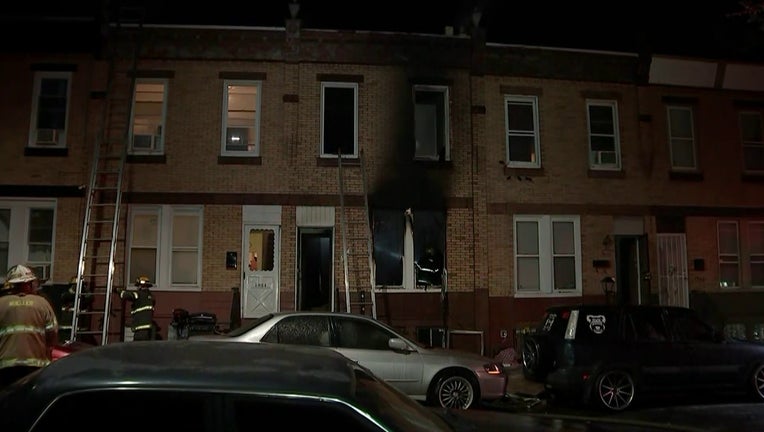 Police investigate after a 54-year-old woman was found stabbed at a Kensington house fire.

PHILADELPHIA - A Philadelphia man is facing charges after authorities say he stabbed his own mother and then set fire to her home.

The incident occurred around 11 p.m. Tuesday night on the 1900 block of East Wishart Street in Kensington.

Firefighters were called to the block to battle a house fire and quickly got it under control. At the scene, authorities encountered a 54-year-old woman who had been stabbed multiple times.

Authorities say Tyrell Hopkins, 27, stabbed his mother and then set fire to the property while she was still inside.

The victim was able to escape the burning home by jumping out of a second-floor window. She was hospitalized and remains in critical condition.

Hopkins, 27, has been charged with attempted murder, aggravated assault, arson, and related charges.

He's being held on $1 million bail and a mental health evaluation has been ordered, according to the Philadelphia District Attorney's Office.