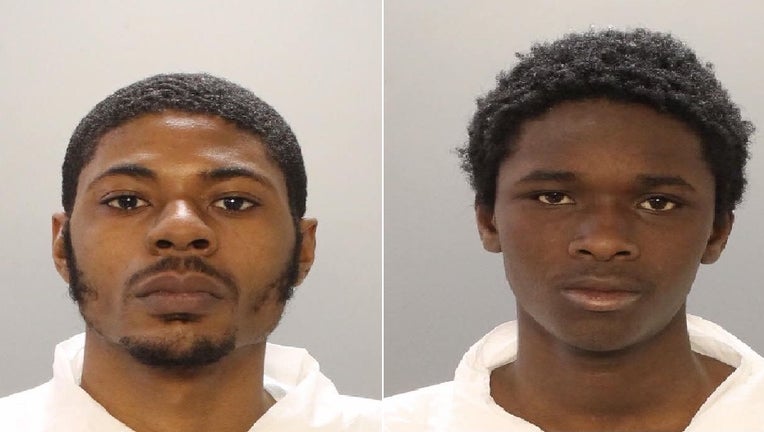 NORTH PHILADELPHIA - Two people have been arrested in connection with a street shooting near a Catholic school in Philadelphia that left a woman dead and three men wounded, authorities said.

Joel Saint-Font, 16, and Charles Davis, 25, were charged late Thursday with murder, six counts of attempted murder and weapons offenses. It's not clear if more arrests will be made, authorities said.

The counts stem from the Wednesday afternoon attack, when two men came from around a corner and started shooting at a group of seven people, authorities said. Witnesses reported hearing roughly 20 shots overall.

Police are investigating a quadruple shooting in North Philadelphia. FOX 29's Alex George has the latest.

A motive for the shooting has not been determined. Authorities believe one of the injured men returned fire and wounded one of the two shooters, but that remains under investigation.

The shooting occurred shortly after students were dismissed from the St. Malachy school, but no one from the school was injured in the incident.