PHILADELPHIA - In her second week as Philadelphia’s new police commissioner, Danielle Outlaw addressed the public about ongoing gun violence in the city.

During a Philadelphia City Council public hearing, leaders expressed their resolve to enact new safety measures citywide to address gun violence and help those affected by it Thursday.

In just her second week as Philadelphia’s new police commissioner, Danielle Outlaw she addressed the public about ongoing gun violence in the city.

This resolution was motivated by a quadruple shooting near a North Philadelphia school that left three people injured and killed one person just one day prior to the public hearing.

Wednesday’s shooting happened in broad daylight outside the Saint Malachy’s Elementary School and while no children were victims, the immediate outrage was felt strongly throughout the city. 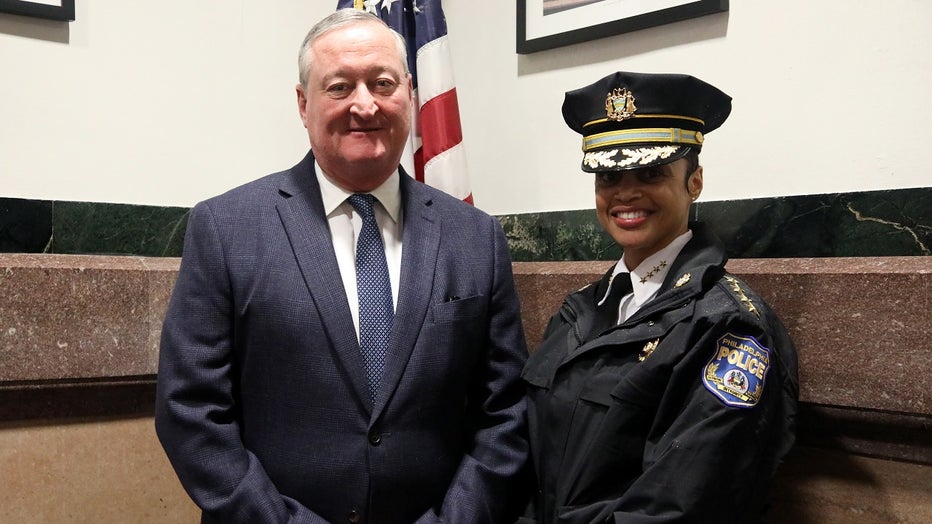 “I want to be very clear – there is a sense of urgency among us,” Commissioner Outlaw stated. “And compressively addressing violent crime. Specifically, gun violence that disparately impacts our communities.”

Furthermore, she detailed support services for victims, co-victims and survivors of gun violence.

These newly implemented measures include:

––The Victim Services Unit – a centralized unit which assists with training victim assistance officers. These officers are embedded within all police district – airport, special victims, and homicide units. They provide supportive help to support victims and connects victims to the Victims Compensation Assistance Program (which was created in 1976).

In depth, Commissioner Outlaw further explained all the responsibilities of the Victims Services Unit.

“These standardize procedures will ensure that each and every victims’ family will receive fair and consistent services,” Commissioner Outlaw explained.

–– Memorandum between Temple University Hospital & the PPD – which allows family members to see loved ones that were victims of crimes, which previously was not permitted due to fear of evidence being preserved.

“This may not seem like a lot on its face, but to the families it allows everything to slow down in a hectic environment and for the grieving process to begin with dignity and respect,” Commissioner Outlaw added.

In August 2019, the Philadelphia Police Department launched the Philly Unsolved Murders website with a dedicate page for each unsolved homicide. It allows for families to reflect and for tips to be provided anonymously, while also serving as a resource for police working cold cases.

Another previously established method of combating gun violence included Operation Pinpoint, which was first unveiled by Mayor Jim Kenney in 2019.

The Philadelphia Police Department plans to use more technology and data to further provide safety measures.

Commissioner Outlaw was adamant that they would be a “learning organization” that would work towards “break down the silos that too often impede progress of community engagement and inclusion.”