Police on Saturday named the two victims killed in a violent multi-car crash on Roosevelt Boulevard.

OLNEY - A sport utility vehicle went out of control on a northeast Philadelphia boulevard and crashed into two other vehicles, killing a woman and a boy and critically injuring the SUV driver and two other children, police said.

The SUV was heading south on Roosevelt Boulevard at high speed at about 12:10 a.m. Saturday when it hit a curb and flew 15 to 20 feet before flipping into two vehicles stopped at a red light, police said.

Police said 34-year-old Amber Shanta Brown and 11-year-old Tai'rhey Brown were pronounced dead at the scene while the 57-year-old man driving the SUV was taken to Einstein Medical Center in critical condition.

A 15-year-old boy was in critical condition and a 12-year-old girl was critical but stable at St. Christopher's Hospital, police said.

Two people in one of the cars were taken to a hospital with non-life-threatening injuries while the driver of the third car was uninjured. 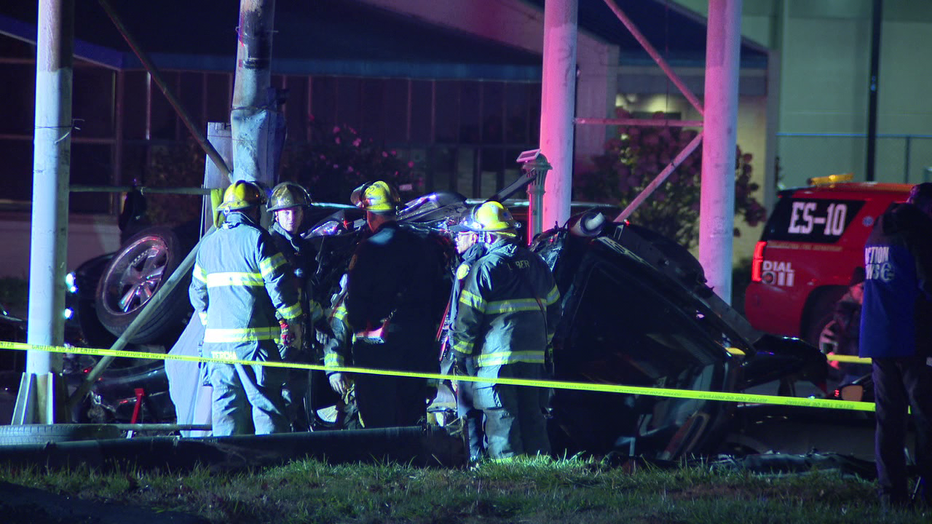 Philadelphia fire crwes and police on the scene of a fatal accident on Roosevelt Boulevard, at Whitaker Avenue

A portion of Roosevelt Boulevard remained closed hours after the fatal crash. Police said the accident remains under investigation.