Lev Parnas and Igor Fruman were arrested on a four-count indictment that includes charges of conspiracy, making false statements to the Federal Election Commission and falsification of records.

Parnas and Fruman were central to Giuliani's efforts to get government officials in Ukraine to investigate business dealings by former Vice President Joe Biden and his son Hunter in the war-torn former Soviet republic.

Records show that Parnas and Fruman used wire transfers from a corporate entity they controlled to make a $325,000 donation to the America First Action committee in 2018. But wire transfer records that became public through a lawsuit show that the corporate entity reported as making the transaction was not the true source of the money.

John Dowd, a lawyer for the men, hung up on an Associated Press reporter calling about the case.

The men, who were arrested at Dulles International Airport, were expected to appear later Thursday in federal court in Virginia. Two other men were charged in the case.

The indictment says Parnas and Fruman "sought to advance their personal financial interests and the political interests of at least one Ukrainian government official with whom they were working" and took steps to conceal it from third parties, including creditors. They created a limited liability corporation, Global Energy Producers, and "intentionally caused certain large contributions to be reported in the name of GEP instead of in their own names," according to the indictment.

Prosecutors charge that the two men falsely claimed the contributions came from a liquefied natural gas business. At that point, the company had no income or significant assets, according to the indictment.

The big PAC donation in May 2018 was part of a flurry of political spending tied to Parnas and Fruman, with at least $478,000 in donations flowing to GOP campaigns and PACs in little more than two months.

The money enabled the relatively unknown entrepreneurs to quickly gain access to the highest levels of the Republican Party, including face-to-face meetings with Trump at the White House and Mar-a-Lago in Florida.

The AP reported last week that Parnas and Fruman helped arrange a January meeting in New York between Ukraine's former top prosecutor, Yuri Lutsenko, and Giuliani, as well as other meetings with top government officials.

Giuliani's efforts to launch a Ukrainian corruption investigation were echoed by Trump in his July 25 call with Ukraine's president, Volodymyr Zelensky. That conversation is now at the heart of a burgeoning congressional impeachment inquiry. 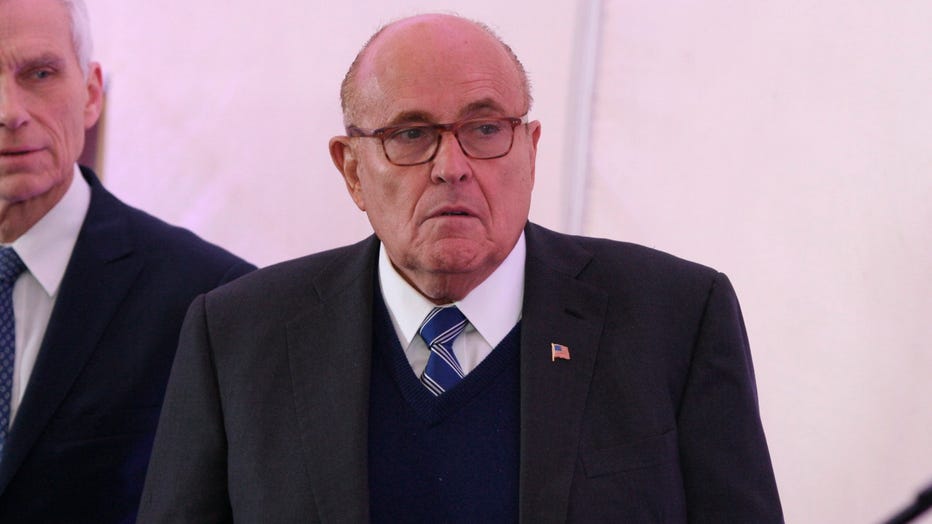 A whistleblower complaint by an unnamed intelligence official makes reference to "associates" of Giuliani in Ukraine who were attempting to make contact with Zelensky's team, though it's not clear that refers to Parnas and Fruman. That could put the two men squarely in the middle of the investigation into Giuliani's activities.