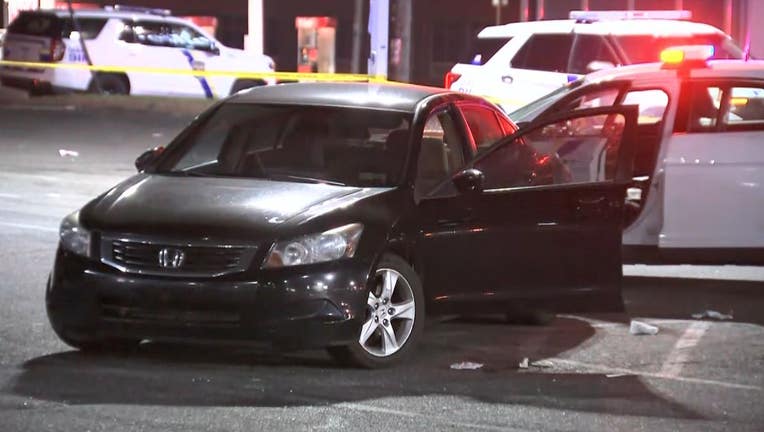 PHILADELPHIA - Three people have been hospitalized after an overnight triple shooting in North Philadelphia.

Police responded to a shooting Sunday at approximately 11:05 p.m. outside the 700 block of E Hunting Park Avenue while on routine patrol.

When they arrived on the scene, they observed a number of people on ATV's and vehicles exiting a parking lot.

Among those people, they identified a 40-year-old male victim next to a Black Honda Accord suffering from a gunshot wound to his cheek/face. Police took him to Temple University Hospital where he was last listed in stable condition.

Another victim, a 31-year-old man, told police he was talking to his girlfriend when he heard about 12 gunshot and hid behind a car. He was then struck by gunfire once in the left hand. He called a friend, then got a ride by someone on an ATV who took him to the hospital where he was listed in stable condition as well.

According to police, that victim did not see anyone firing a weapon.

A third victim, a 27-year-old woman, was also at Hunting Park Plaza with friends when she says two men started shooting. While attempting to flee, she was shot once in the right leg. An unknown man on an ATV took her to Cooper Hospital in Camden where she was also listed in stable condition.

A scene was held, but no weapons were recovered and no arrests were made.

An investigation is ongoing with the Southwest Detective Division.