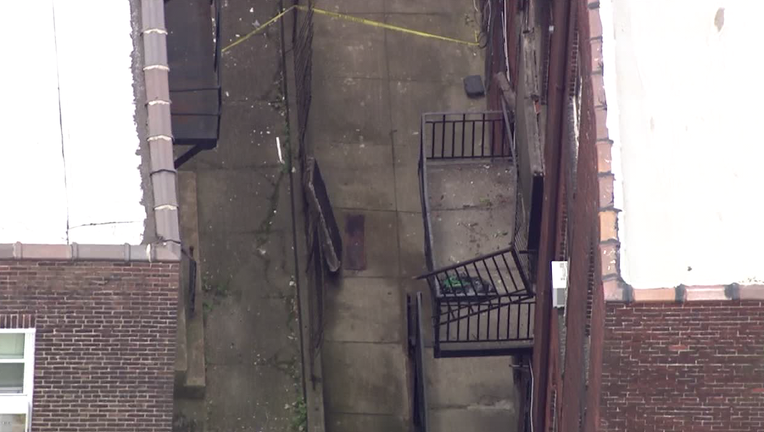 The incident occurred just after 10 a.m. on the 4200 block of Chester Avenue.

Officials say the third floor rear balcony of a fire escape collapsed with two men on it.

The cause of the collapse remains under investigation.