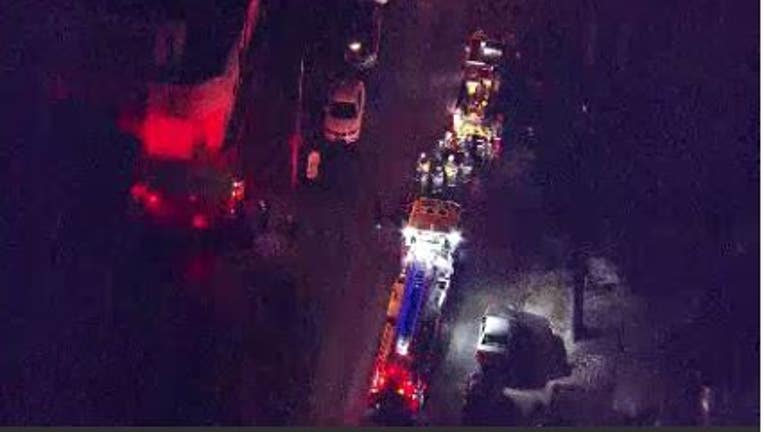 SOUTHWEST PHILADELPHIA - Two Philadelphia police officers are being recognized for their heroism after they rescued victims from a house fire Thursday night in Southwest Philadelphia.

Officers Carino & Iannetta bravely entered a smoke-filled home on the 1400 block of South 58th Street just before 9 p.m. The officers rescued two victims, including one who was bedridden, according to police.

Firefighters, who were called to the home for reports of a kitchen fire, also rescued another person. The fire was placed under control shortly after their arrival.

Both officers were treated for smoke inhalation and are expected to make a full recovery. 12th district Commanding Officer Scott Drissel called the officer's response "incredible heroism" in a tweet.

Investigators have not said what sparked the house fire. No word on the conditions of those rescued from the home.