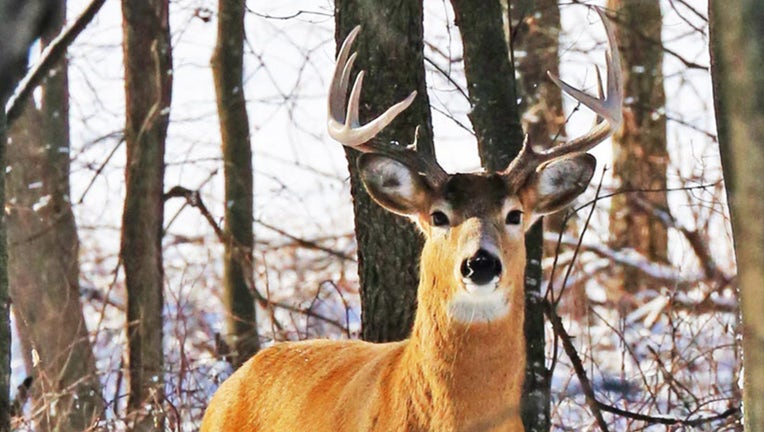 This whitetail buck hasn't yet lost his antlers. The animal was photographed Thursday in southeast Minnesota, where five deer have been found with chronic wasting disease (CWD).(Photo By Dennis Anderson/Star Tribune via Getty Images)

The Nov. 30 incident, which occurred near Brookeville, Pennsylvania, was recorded on video that later surfaced on social media, sparking nationwide outrage.

During interviews with Smith and his alleged accomplice, investigators learned the two were hunting together in an enclosed tree stand when the younger of the two boys shot and wounded a buck before missing the follow-up shot.

The deer was immobilized, and the teens sent a Snapchat video which reportedly showed them laughing as they kicked the wounded animal and grabbed it by the antlers.

A Change.org petition also began collecting signatures to push for “criminal charges for [the] violent monsters” responsible for the abuse — a petition which had garnered nearly 700,000 signatures.

Officials say the investigation was prolonged because investigators had to determine if the incident indeed occurred in Pennsylvania.

“It’s easy to understand why people were outraged by the incident,” Pennsylvania Board of Game Commissioners President Tim Layton said. “But the worst-case scenario would have been rushing the investigation and heading into court with a case that wasn’t as strong as it could have been.

Jefferson County District Attorney Jeff Burkett also spoke of the length of time it takes to complete a thorough investigation.

“Obviously, this case has generated a large amount of public outcry,” Burkett said. “People have assumed that officers have been dragging their feet when, actually, the opposite is true. They have put a lot of hard work in on this case in order to present the case for prosecution. I commend the Pennsylvania Game Commission for their efforts in this matter.”

The aggravated cruelty to animal charges carry a maximum sentence of up to seven years, $15,000 in fines, and multiple years of hunting license revocation.