'Turn yourself in': Family of mother killed in North Philadelphia hit-and-run pleads for justice

Rebecca Malave and her son Armani were walking when a car struck both of them and continued driving. Rebecca, 37, was severely injured and died days later and Armani remains hospitalized in critical condition.

PHILADELPHIA - Investigators are searching for two vehicles in connection to a deadly hit-and-run last month in North Philadelphia that killed a mother and left a 3-year-old boy with a traumatic brain injury.

According to police, Rebecca Malave and her son Armani were walking east on Luzerne Street on Aug. 8 around 8 p.m. when a car struck both of them and continued driving. Rebecca, 37, was severely injured and died days later and Armani remains hospitalized, according to police.

A month after the deadly crash, investigators on Wednesday released still images of two cars that may have fatally struck the mother and her son while they were walking underneath an overpass on Luzerne Street.

"We just want justice. That's it. We want my sister to rest in peace and my nephew to focus all our energy on him," her sister Lorraine Graulau said.

According to police, Rebecca and Armani walked out of range of a nearby security camera just before the fatal crash. Police say a dark-colored 2011 Chrysler 300 and a red Toyota Camry drove underneath the overpass just after Rebecca and Armani were last spotted on camera. 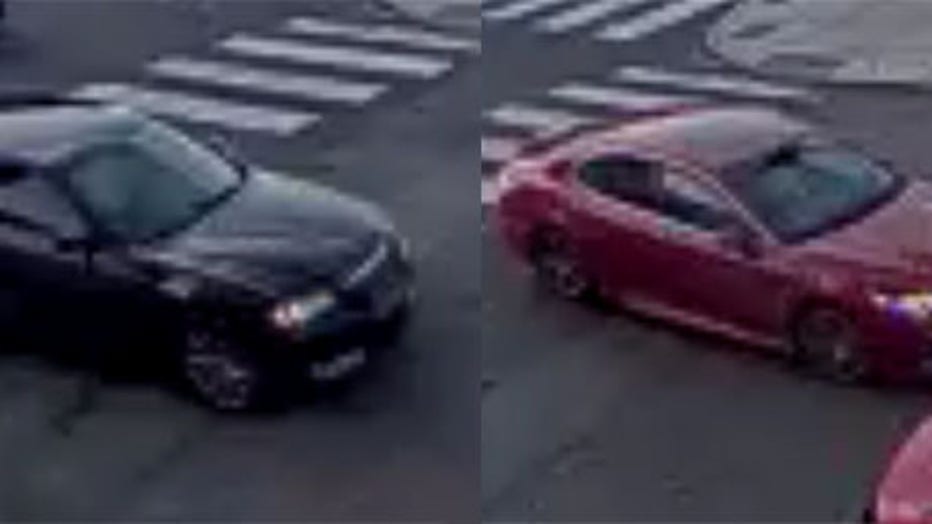 Police say the Chrysler hit its breaks as it was driving under the overpass, followed closely by the Camry. Investigators do not know which vehicle may have struck Rebecca and Armani and they are looking for information on both cars.

FOX 29's Dave Kinchen has more on a vigil for a mother who was fatally struck by a hit-and-run driver. The woman's 3-year-old son who was also injured in the crash is fighting for his life at CHOP a week later.

"We're not sure what happened that vehicle when it hit the brake lights underneath the overpass - we don't know what happened there - but we want to talk to that driver and the driver behind him and see what they saw," Philadelphia Police Captain Mark Overwise said.

The City of Philadelphia and the Malave family have combined to extend a $30k reward for anyone who can provide information that leads to an arrest. Anyone with information is asked to call Philadelphia police at 215-546-TIPS or 215-546-8477.