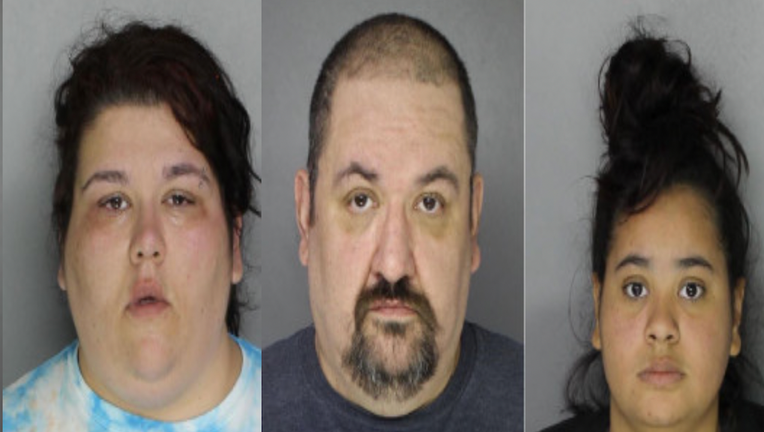 BENSALEM, Pa. - Three people in Bensalem are facing charges after police say they were each captured on video assaulting an elderly woman who was in their care.

Investigators with the Bensalem Police Department said they obtained a video shot by an unknown person that allegedly showed 20-year-old Brittany Kladky punching an elderly woman in the face and demanding money.

Police say Emily Smith punched the elderly woman in the face and kicked her while she was on the ground. Jewett Bowman allegedly fired a BB gun four times at the victim when she was lying in bed, according to police.

All three suspects were arrested and charged with assault and other crimes. Detectives have urged anyone with information to contact police at 215-633-3719.