OCEAN CITY, N.J. - Tuesday was cleanup day at a Jersey Shore staple. Manco & Manco in Ocean City closed for the day after three employees were confirmed to have COVID-19.

And Tuesday night owners announced on Facebook that their boardwalk locations will remain closed until Saturday.

It was a slap of summer 2020 reality when doors to the boardwalk's most popular pizza place were closed Tuesday.

Manco & Manco co-owner Chuck Bangle told FOX 29's Kelly Rule that, of the three employees who tested positive, two of them were asymptomatic.

Bangle says the Cape May Health Department told them they didn’t have to close, but they chose to shut down all boardwalk locations Tuesday so they could be professionally sanitized.

The owners said, even with employees wearing masks 100 percent of the time and constantly sanitizing, they felt this was the right thing to do.

"It's not all about selling pizza," Bangle said. "It's a crazy summer, and we want to keep everyone safe and healthy. We just want to do the right thing."

And most people we spoke with agreed with their decision. 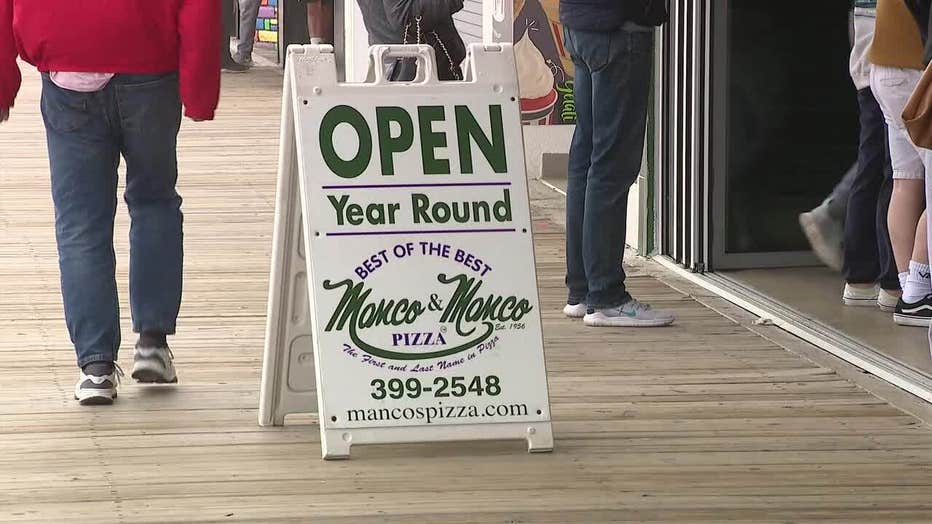 The employees who tested positive will self-quarantine for 14 days and will be re-tested before returning to work.

Boardwalk locations had been set to reopen Wednesday. But in Tuesday night's updated Facebook post, Manco & Manco announced they'll be providing mandatory testing for all employees, and boardwalk locations will remain closed until those results are received on Saturday.

A Somers Point location stayed open Tuesday and will continue to do so. Employees there will also be tested.