Animal Protective Services discovered the first dog at a park near 12th and Palmer streets on Tuesday, Aug. 20, after receiving a call from Chester Township Police. 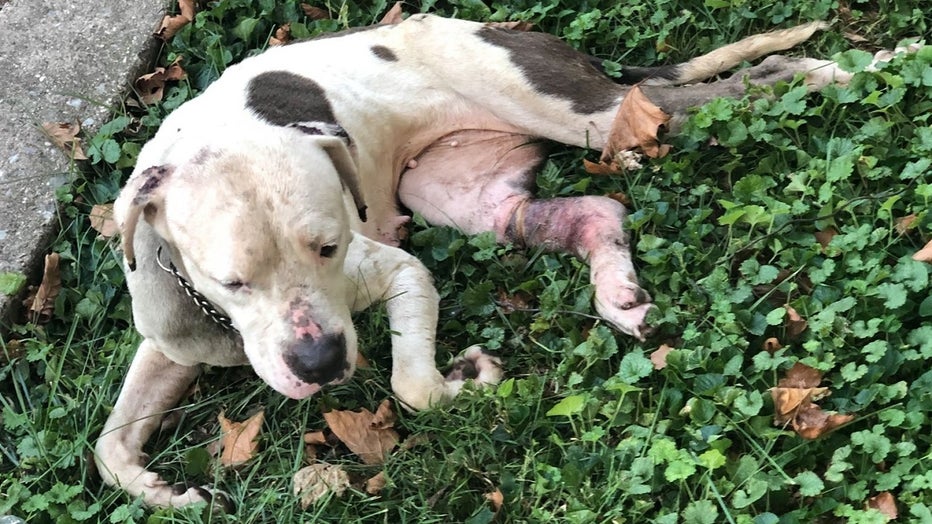 Danaya was discovered tied to a park fence by wire cord, which became entangled around the dog's leg and caused serious injury. (Brandywine Valley SPCA)

Shelter officials from the Brandywine Valley SPCA say the female dog was found tied to a fence by a thin wire cord that had become wrapped around her leg, causing a serious injury. 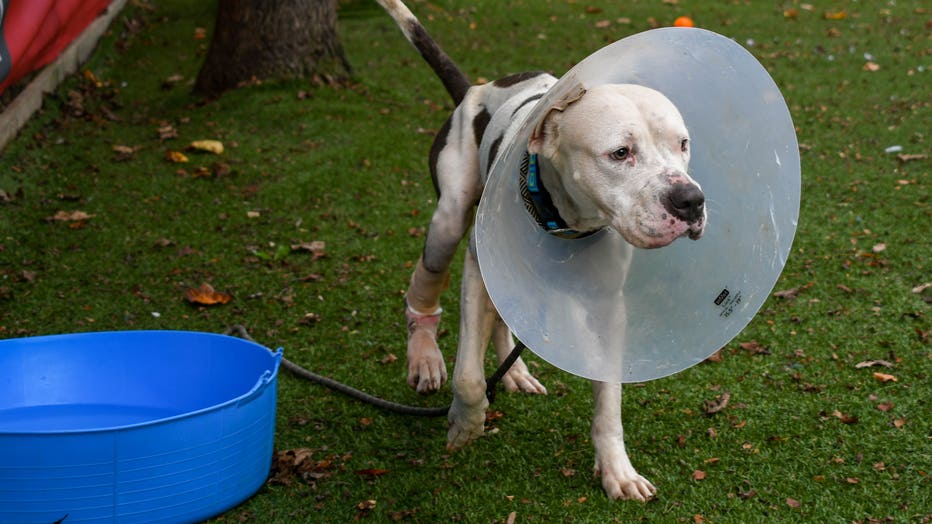 The 4-year-old dog, now named Danaya, will need six to nine weeks of rehab and is in need of a foster home to help care for her leg wound. 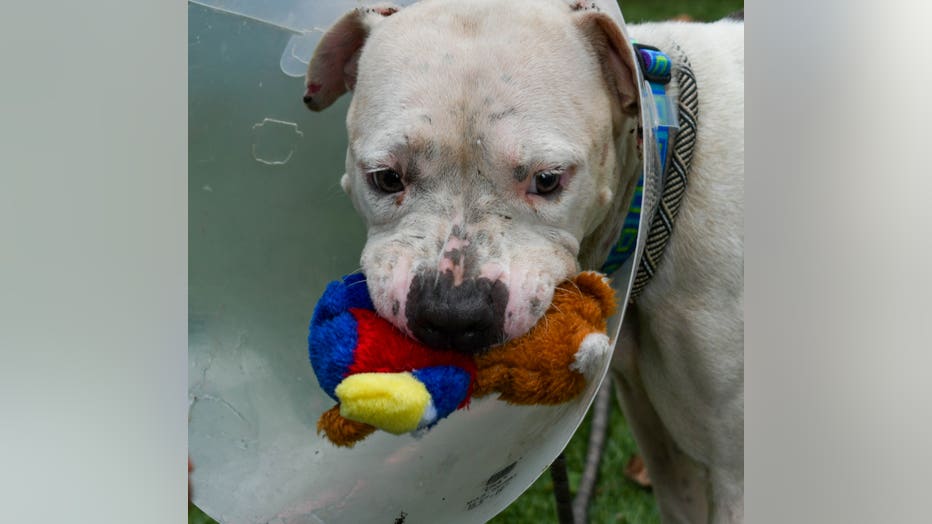 Danaya will need six to nine weeks of rehab and is now in need of a foster home. (Brandywine Valley SPCA)

On the other side of the park, another female dog was discovered tied to a fence by a leash. According to the shelter, both dogs were emaciated, heavily infested with fleas and suffering injuries consistent with living outdoors. 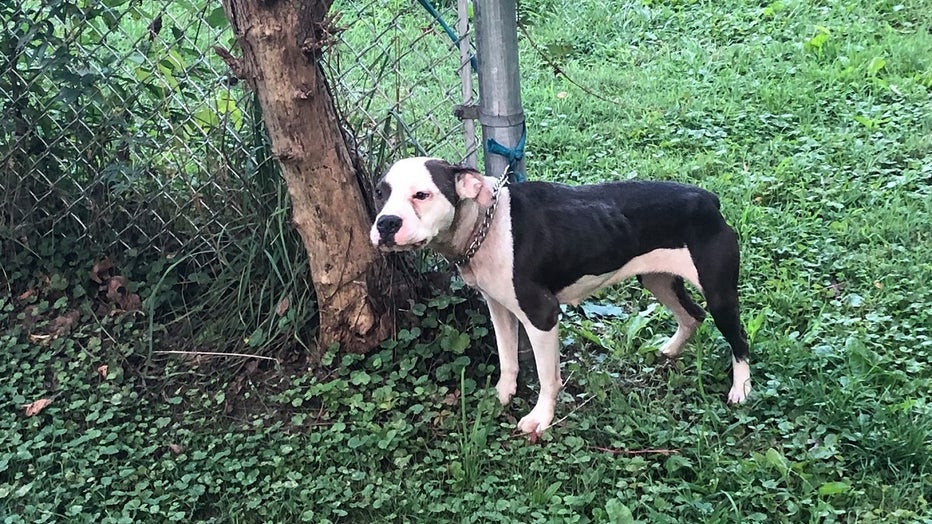 Shakira was discovered tied to a fence by a leash at a park in Chester Township. (Brandywine Valley SPCA)

The second dog, now named Shakira, is estimated to be around 1 year old. The shelter is hoping the emaciated pup will put on enough weight by next week to have her spay surgery and find her forever home. 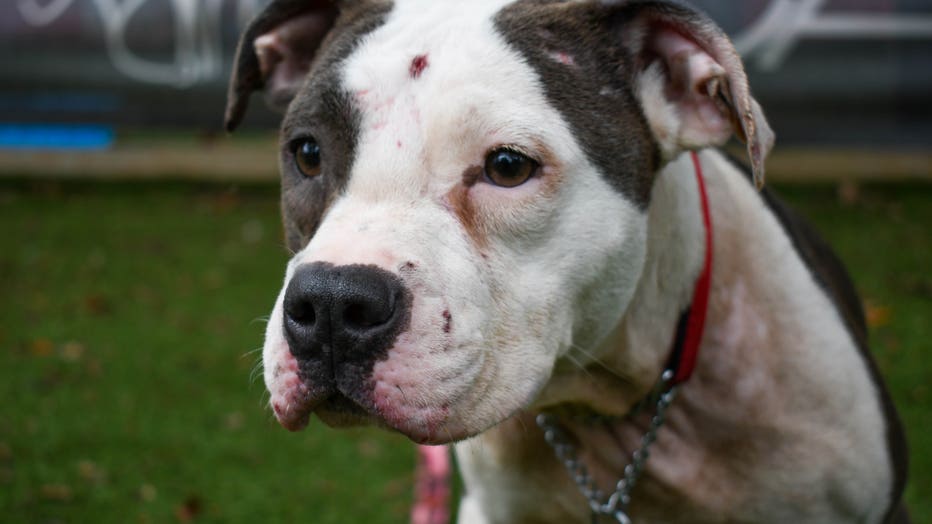 Shelter officials say Shakira is doing well and slowly gaining weight before she will be available for adoption. (Brandywine Valley SPCA)

A third female dog was later found abandoned about a half-mile from the park where the first two dogs were located. Chester Township police discovered the dog tied to a fence on the 2500 block of Bethel Road during a routine patrol. 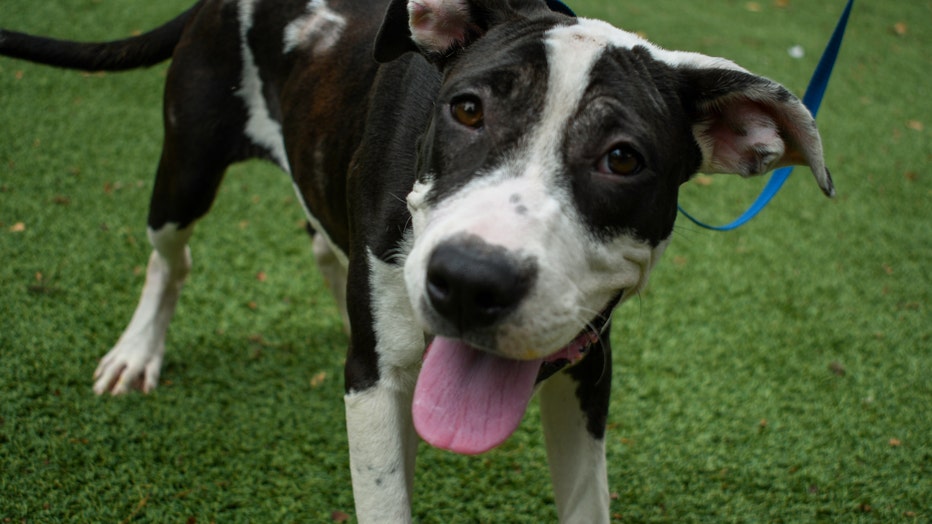 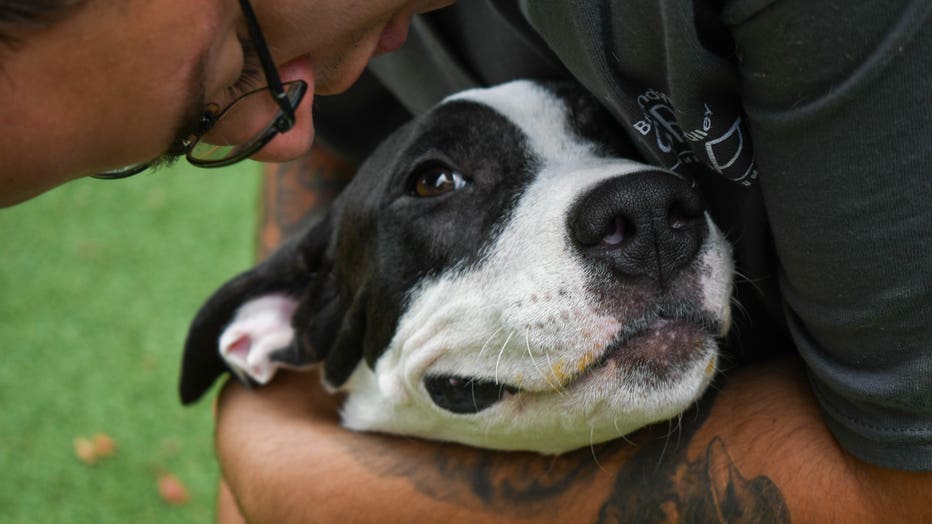 Ferrari is reportedly doing well and will be placed up for adoption on Thursday. (Brandywine Valley SPCA)

The 1-year-old pup is reportedly doing well and has been spayed. She will be placed up for adoption on Thursday.

"Based on the proximity, timing and similar poor condition of all three dogs, our officers are considering the possibility of the abandonments being related," shelter officials told FOX 29.

The dogs are currently being treated by the Brandywine Valley SPCA.

How to help:  Volunteer | Foster | Donate

“Despite whatever backstories these dogs can’t tell us, all three are friendly, spunky pups that we’re looking forward to finding a better life should an owner not be identified during their stray hold period,” the Brandywine Valley SPCA posted on Facebook.

Anyone with information about this case is urged to call Animal Protective Services at 484-302-0018. Reports can remain anonymous.

Those interested in donating to the Brandywine Valley SPCA can do so here.

Anyone who witnesses acts of animal cruelty is encouraged to call the PSPCA’s Cruelty Hotline at 866-601-7722. Animal cruelty can also be reported by filling out the BVSPCA online form here.