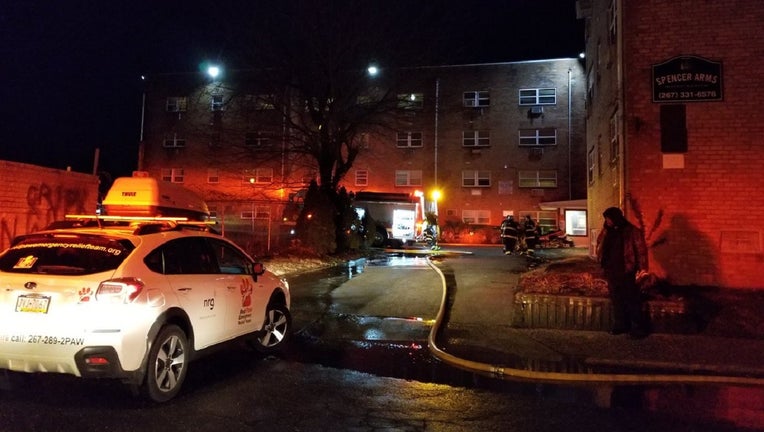 A woman was treated for minor smoke inhalation, and a pet cat was killed in the fire.

A SEPTA bus was provided to keep evacuated residents warm while crews battled the blaze.

The Red Paw Relief Team was on the scene to tend to residents' pets affected by the fire.