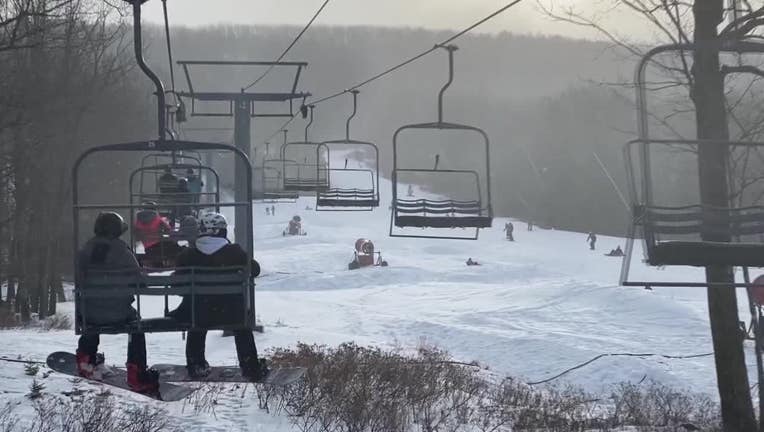 TANNERSVILLE, Pa. - Three people were injured when a chair fell off a ski lift line at an eastern Pennsylvania resort and crashed to the ground over the weekend, authorities said.

Sgt. Shawn Goucher of Pocono Township police said the accident at Camelback Resort in Monroe County happened at about 3:30 p.m. Sunday. He said the three people fell about 15 feet near the top of the mountain and were taken away by a St. Luke's University Health Network ambulance.

Skier Douglas Mackie told WFMZ-TV that the lift was carrying skiers and snowboarders up the mountain when it suddenly jerked to a stop, causing the chairs and the people in them to bounce hard. He said one chair near the top fell completely off the lift to the ground, and a man and his two children fell to the ground. The lift operators and ski patrol rushed over and treated the victims, and they were taken to the hospital, Mackie said.

"Camelback Resort is working with the appropriate state authorities to investigate yesterday’s incident involving the Sullivan Lift," a statement from the resort reads. "The health and safety of our guests and associates is and remains our number one priority."