Philadelphia police are searching for three men who were allegedly captured on camera stealing an ATM from a corner store in North Philadelphia over the weekend.

NORTH PHILADELPHIA - Philadelphia police are searching for three men who were allegedly captured on video stealing an ATM machine from a North Philadelphia convenience store on Sunday.

Security video released by police on Thursday shows the suspects exit a white sedan outside of OCK Express Market on 3000 block of North 22nd Street around 4:30 a.m.

Police said the men entered the store and immediately began trying to rock the ATM machine off its bearings. One of the suspects, who is believed to be a man in dark clothing, is seen on video charging into the machine with his shoulder. 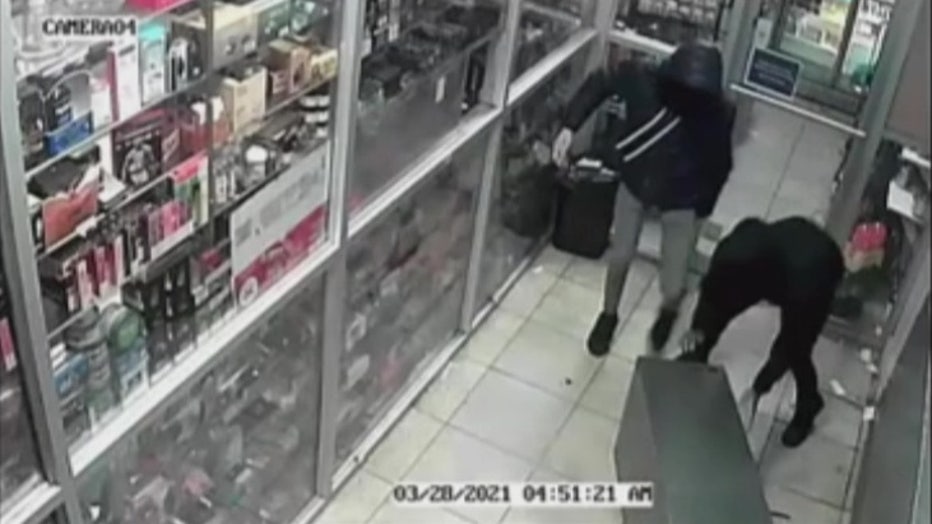 As the suspects were attempting to overturn the machine, police said a man in light pants and a dark top lifted his shirt to show a witness that he had a handgun.

The group eventually carried the ATM out of the store and loaded it into the backseat of a white sedan, according to police.

Anyone with information on this ATM theft is encouraged to call the Philadelphia Police Department at 215-686-8477.