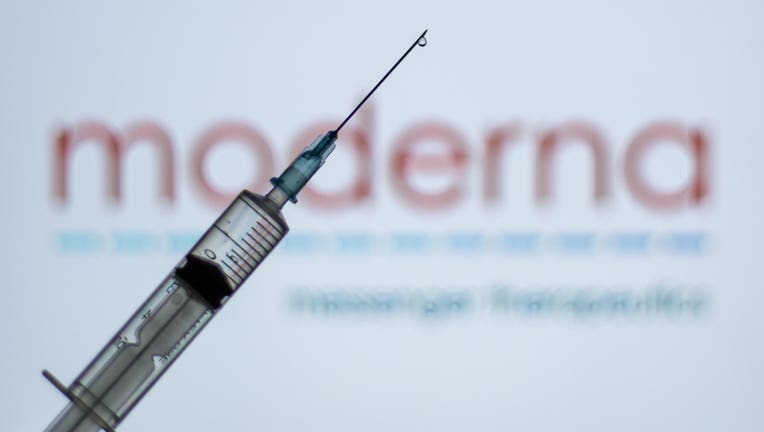 In this illustration, a syringe is seen in front of the Moderna logo.(Photo Illustration by Thiago Prudêncio/SOPA Images/LightRocket via Getty Images)

Maine Center for Disease Control and Prevention Director Dr. Nirav Shah said Tuesday the 4,400 doses of Moderna’s vaccine exceeded the required temperature during their journey to 35 sites in the state. He said the sites have set the vaccine doses aside and will receive replacement doses on Tuesday and Wednesday.

Shah said Operation Warp Speed and the U.S. Centers for Disease Control and Prevention are investigating how and why the error happened.

According to the Portland Press Herald, Moderna will evaluate the possibly contaminated batch to see if they are still safe to be administered. Moderna hasn’t yet responded to FOX Television Stations’ request for a comment.

Maine has had more than 500 deaths and more than 34,000 positive cases of the virus since the start of the pandemic.

Nationwide, more than 31 million doses had been distributed and more than 12 million people received the first of two doses, according to the CDC.

RELATED: US surpasses 400,000 COVID-19 deaths, more than any other country in the world

Maine’s possible setback in the fight against the coronavirus came on the same day the country announced that more than 400,000 Americans have died from the virus. The death toll is greater than the population of New Orleans, Cleveland or Tampa, Florida. It’s nearly equal to the number of American lives lost annually to strokes, Alzheimer’s disease, diabetes, flu and pneumonia combined.

More than 120,000 patients with the virus are in the hospital in the U.S., according to the COVID Tracking Project, twice the number who filled wards during previous peaks. On a single day last week, the U.S. recorded more than 4,400 deaths.