RHAWNHURST - Police are investigating following a string of Philadelphia-area robberies at Chipotle and Popeyes that they believe are connected.

The first incident occurred around 11 p.m. Friday at the Popeyes on the 4500 block of Castor Avenue in Crescentville. 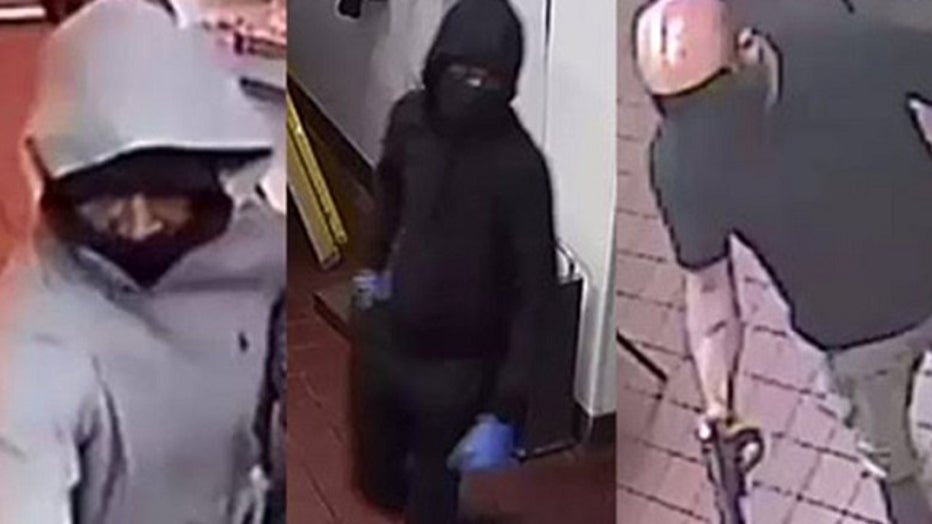 The string of robberies occurred at a Chipotle and two Popeyes across Philadelphia.

According to police, three male suspects entered through the back door of the restaurant and forced the employees inside to give them their cell phones. After taking an unknown amount of money, the suspects fled in an unknown direction.

"They are very organized more organized than your every day robbery. They run in, timing is down. They're in and out in a couple of minutes," Northeast Detectives Lt. Dennis Rosenbaum said.

The following day around 10:30 p.m., three male suspects robbed a different Crescentville Popeye's on the 500 block of Adams Avenue. After entering through the restaurant's back door, two of the suspects pointed handguns at the employees and ordered them to lay on the floor. The suspects fled the scene with four cell pones and an unknown amount of money.

The third incident occurred on Monday night when three masked men allegedly broke into a Rhawnhurst Chipotle and walked away with thousands of dollars.

The incident occurred just before 10 p.m. on the 7300 block of Bustleton Avenue.

Police say the suspects, one of whom was armed, announced the robbery upon entering. They took money from the registers and safe, then fled through the back door.

Six employees were inside at the time, including the restaurant's manager. Four customers who were also inside immediately fled.

Authorities say the suspects entered the restaurant when one of the employees opened the back door.

The suspects got away with around $4,000, according to police.

The incident was captured in full on surveillance video.