Six pot-bellied pigs were found abandoned on the side of a highway in Montgomery County. FOX 29's Kelly Rule has more from Last Chance Ranch Animal Rescue.

The pigs were discovered on the side of Route 663 in Pennsburg on Saturday.

Chris Baringer, president and founder of Logan’s Heroes Animal Rescue in East Greenville, responded to the scene after receiving a despearate call for help. Baringer then called in the assistance of Last Chance Ranch Animal Rescue in Quakertown. 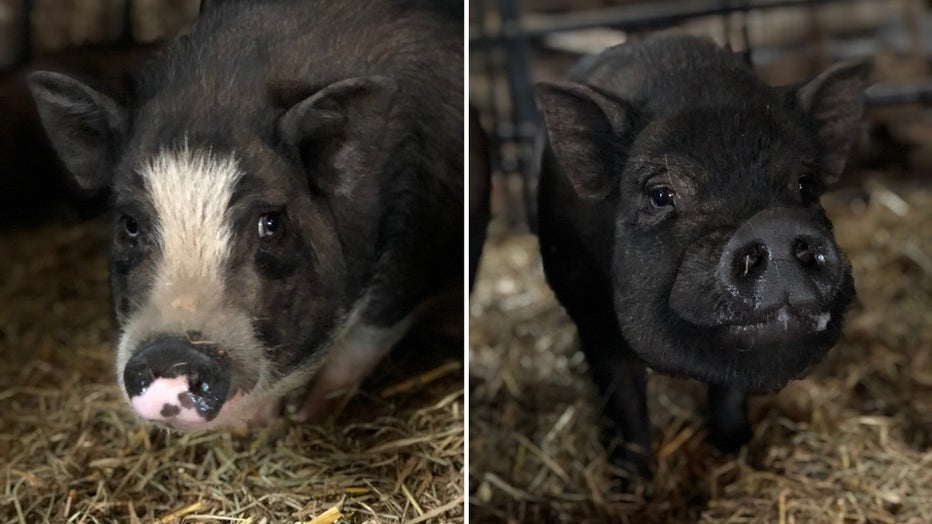 Working together, the nonprofits set up a corral on the side of the busy road and were able to round up all six pigs.

The pigs reportedly lost their home due to intense flooding from July storms in the region. For several weeks, the pigs were spotted roaming the area of Pennsburg, according to Logan's Heroes. 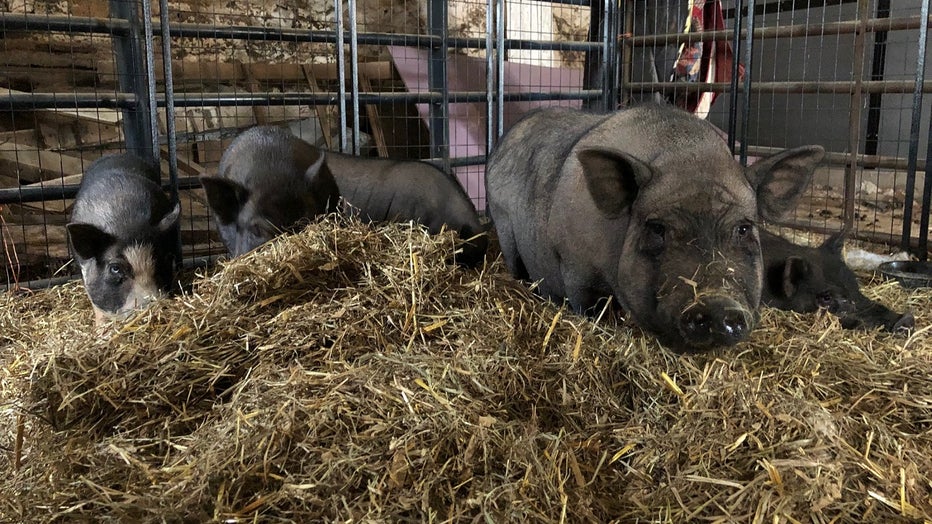 Three of the six pigs are pregnant, and all are in need of medical care. (Last Chance Ranch Animal Rescue)

Now, the pigs — three of whom are pregnant — are in need of medical care.

"The cost to get them ready for adoption is estimated to be at least $800 per pig," shelter officials said. "The care for the pregnant females could rise well over $1,000 to provide the feed and supplies needed to raise piglets." 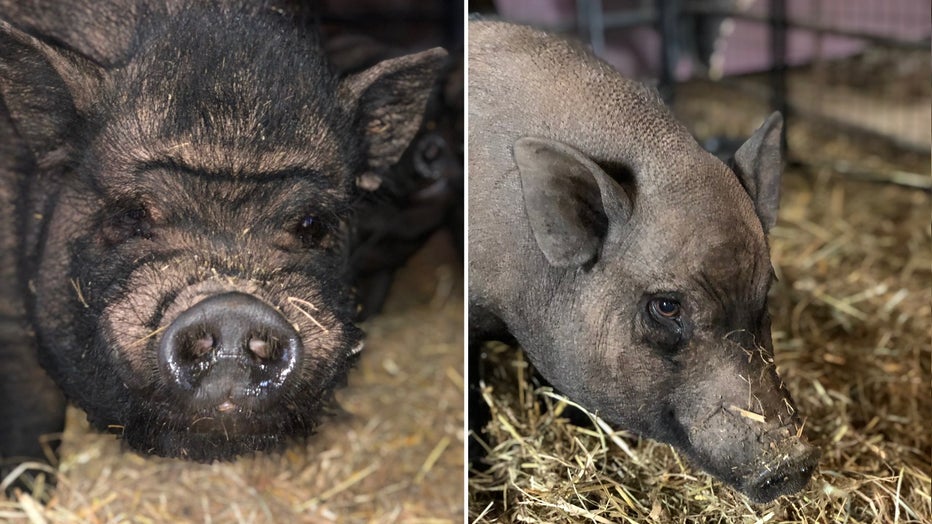 Logan's Heroes and Last Chance Ranch are seeking donations to help with their continued care. They are also searching for qualified adopters or sanctuaries that might be willing to adopt once the time comes.

The pigs are currently being sheltered at Last Chance Ranch.

Those interested in donating to Last Chance Ranch can do so here. Logan's Heroes has also set up a fundraiser on behalf of the rescued pigs.