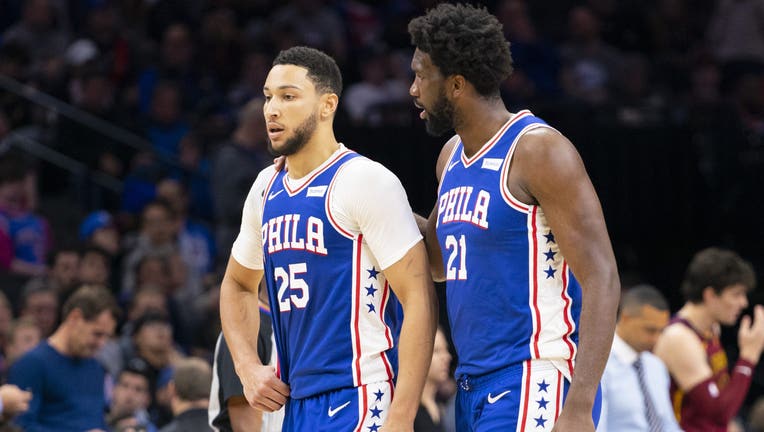 They — fans, teammates, media, gossip columnists — all want more out of the reticent Simmons than he is often inclined to give. Their biggest hangup is the All-Star guard's seeming unwillingness to bend to the demand that he develop a shot beyond 15 feet.

His new coach? Well, without a practice held, Doc Rivers is just fine with whatever production he can squeeze out of the prodigious talent the 76ers are counting on to lead them out of the middle of the pack in the Eastern Conference.

Simmons is 2-for-24 lifetime from 3-point range.

That stat is meaningless for Rivers, starting his first season in Philadelphia after coaching stops in Orlando, Boston and with the Clippers.

“I don’t care about Ben’s shooting as much as so many other people seem to care about it,” Rivers said Tuesday. “I care that he’s a great player. I’m going to let him play. I’m going to give him the keys and let him be free and play. If he takes no shots, I’m fine. If he takes 10 3s, I’m fine. If he gets to the line 15 times, I’m fine. Ben is brilliant enough for me to allow him to play and not get in his way and try to cloud his head up with a bunch of crap. It’s about winning, and that’s what I want Ben to focus on, how to make each other better and win.”

The Sixers didn’t do enough winning last season and grossly underachieved in a year that was deemed NBA Finals or bust. Simmons missed the postseason with a knee injury and the Sixers were swept by Boston. The 24-year-old Simmons has been the primary ballhandler for the Sixers for the bulk of his three-year career, but the 6-foot-10 triple-double threat played power forward when the NBA season resumed in the bubble.

“Is Ben a point guard? Honestly, I don’t care, I don’t know that yet,” Rivers said. “But I know one thing, if you can get him in space going downhill, the ball gets to the right place. We want to do that as much as we can.”

Simmons is as good as it gets at slashing and finishing, and his 1-on-1 defense earned him a spot on the NBA’s defensive first team. Is that enough?

Rivers has a cram session of sorts to figure out how he wants to use Simmons — and the rest of his roster — because of COVID-19 protocols that shortened prep time. Training camps opened Tuesday, though on-court sessions were limited to individual workouts and full group practices can’t start until Friday. The Sixers' identity may not truly take shape until deep into the season. Rivers said little about what kind of style he wants to craft for his new team, other than to mention he wants it to rank in the top 10 in both offense and defense.

“I call it the lab. You’ve got to get in there first,” Rivers said. “The identity has to be what they believe it is, not what I want it to be. I know that we should be a great defensive team. I know that.”

Joel Embiid has anchored the defense for the Sixers, even as he’s fought injuries and conditioning woes that prevented him from developing into an elite NBA superstar. Rivers didn’t single out Embiid but he noted it was necessary for the Sixers to get in the “best shape possible” if they want to win their first NBA title since 1983.

Embiid and Simmons have been simultaneously considered one of the top duos in the NBA — they are both All-Stars with max contracts — and a pair that has fallen well shy of championship expectations.

Rivers said he planned to run more pick-and-rolls for Embiid and Simmons to maximize their talent. The Sixers ranked next-to-last in pick-and-roll offense last season, and the Sixers hope acquiring shooters (notably Seth Curry) to create space for the pair will make them flourish.

The Sixers open the preseason Dec. 15 vs. Boston and have one more exhibition before the season is expected to start around Christmas. The Sixers don’t have to figure out by the new year how to help Embiid and Simmons reach their potential.

But those championship runs won’t start until they do.