Chester County officials say a 14-year-old girl’s message to a friend helped them find the girl, missing from her Maryland home since early May 2020. Her message was also key in making the arrest. Her brief seven word note, "I don't want to be here anymore," set the wheels in motion concluding with her rescue and the arrest of the ring leaders, as well as those pahying for sex. 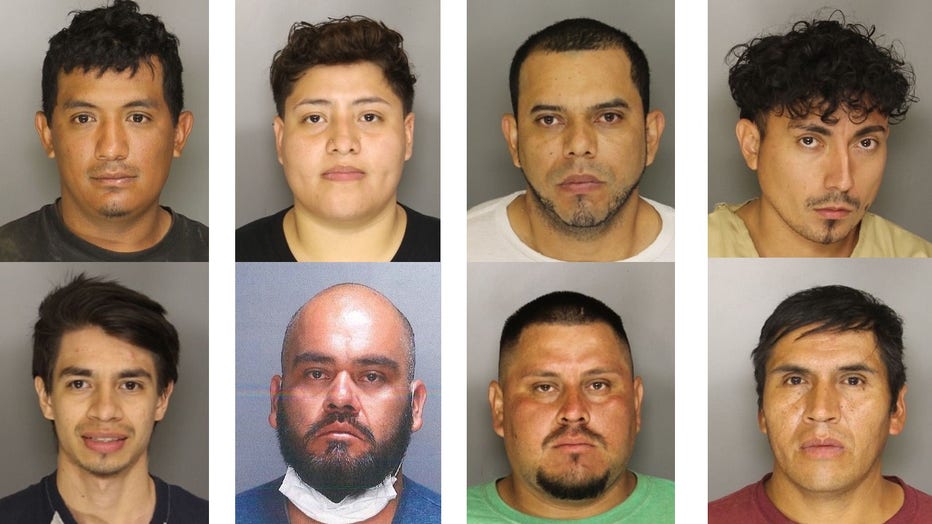 Officials say the 14-year-old was able to send a message through Facebook to a friend that she was being held against her will and being sold for sex. The girl was also able to get a message to her mother asking to be picked up at a Lancaster Avenue Wawa in East Whiteland Township.

On May 30, 2020, law enforcement successfully rescued the girl. She was able to detail how she was lured into the situation. It was thought that the girl was recruited by a 17-year-old girl through Snapchat.

After the 14-year-old described for authorities the inner workings of her own situation, a second 18-year-old victim was discovered. The 18-year-old teen told a similar story of being lured through Snapchat, then being held against her will, being forced to ingest drugs and forced to have sex for money. She was able to escape after approximately three weeks.

The eight men are being held at Chester County Prison. Preliminary hearings are scheduled for July 9, 2020.