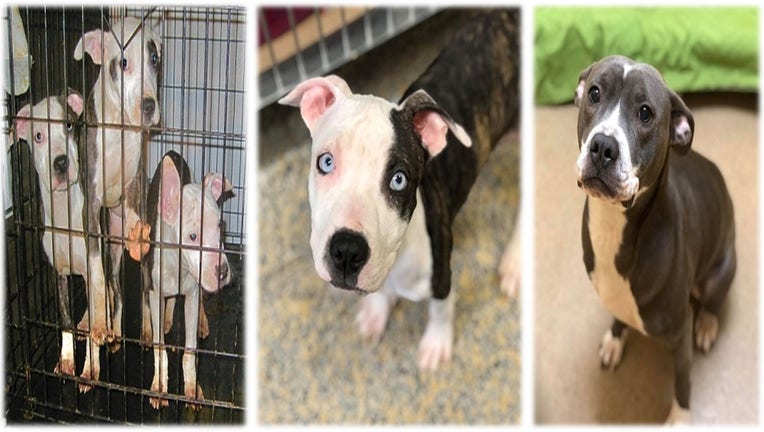 NEPTUNE CITY, N.J. - Eight dogs and puppies are recovering Saturday after they were discovered living in crates in filthy conditions outdoors in a Neptune City, New Jersey apartment complex.

Monmouth County SPCA posted the story of the dog rescue on their Facebook page.

The eight dogs and puppies were discovered in small crates on a porch at an apartment complex. There was just a plastic tarp for protection from the elements and, despite crouching together, the animals were trembling from the cold.

Monmouth County SPCA took the dogs and they are now recovering at the MCSPCA’s shelter. The dogs were seen by the MCSPCA's medical team immediately. The dogs are now being treated for intestinal parasites. Each of the dogs and puppies were found with overgrown nails, skin sores and ear and skin infections.

Anyone wishing to help the dogs financially can do so by visiting the Monmouth County SPCA Facebook page here. The dogs will not be available for adoption while the matter goes to court.