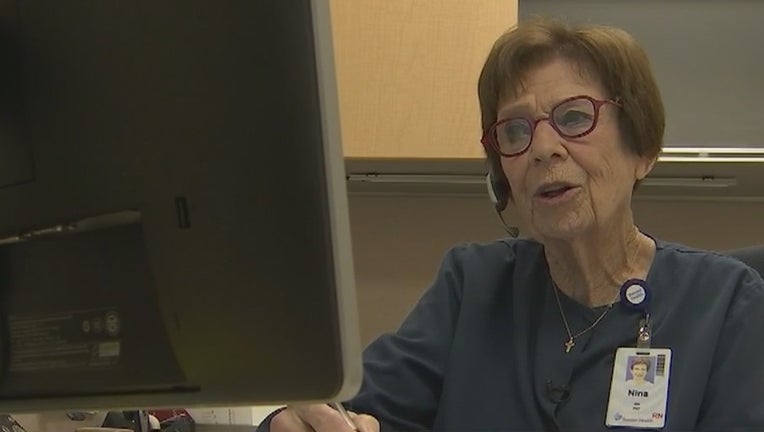 PHOENIX - People typically leave the workforce around their 70s or so, but one Valley woman has far surpassed that. She's in her 90s and still works as a nurse.

This woman is fun, feisty and full of life. Talking with her today, you'd never be able to tell she's in her 90s. She graduated nursing school in 1948 and says it's her job that keeps her going.

When you think of growing old, some may picture themselves by the beach or in an active retirement facility, but for Nina Clark, it's the complete opposite.

At 92 years old, she works about 30 hours a week as a pre-admission testing nurse at Banner Del E Webb Medical Center.

And the word retirement isn't in her vocabulary.

"Not at all," Clark said. "Well maybe, I do think every once in a while now because everyone keeps telling me how old I am."

Clark has worked at the hospital for 32 years and has held several positions. She currently works with orthopedic patients pre- and post-op.

Clark credits her longevity to staying active, having a positive mental attitude and good genes. For her, age is just a number. A number to which she doesn't pay much attention.

"You don't pay attention to that, you put one foot in front of the other every day," Clark said. "I think the Lord had a plan for my life and I just take it as it comes. [You] just do what you [have to] do."

Clark plans to keep working and doing what she loves — helping people. She says there's no place she'd rather be.