SHARON HILL, Pa. - A Delaware County 8-year-old was killed and her 12-year-old sister was injured during a shooting that erupted at a high school football game on Friday night in Sharon Hill.

The deadly gunfire reportedly happened around 9 p.m. near the concession stand at the Sharon Hill Sports Complex on the 300 block of Calcon Hook Road.

Family members of 8-year-old Fanta Bility said the child was at the game with her mother and siblings to support her sister who was cheerleading on the sidelines of a match between Academy Park High School and Pennsbury High School.

When shots rang out, family members say Fanta ran towards her mother but was hit in the neck and collapsed. She was taken to the Children's Hospital of Philadelphia where she was pronounced dead. 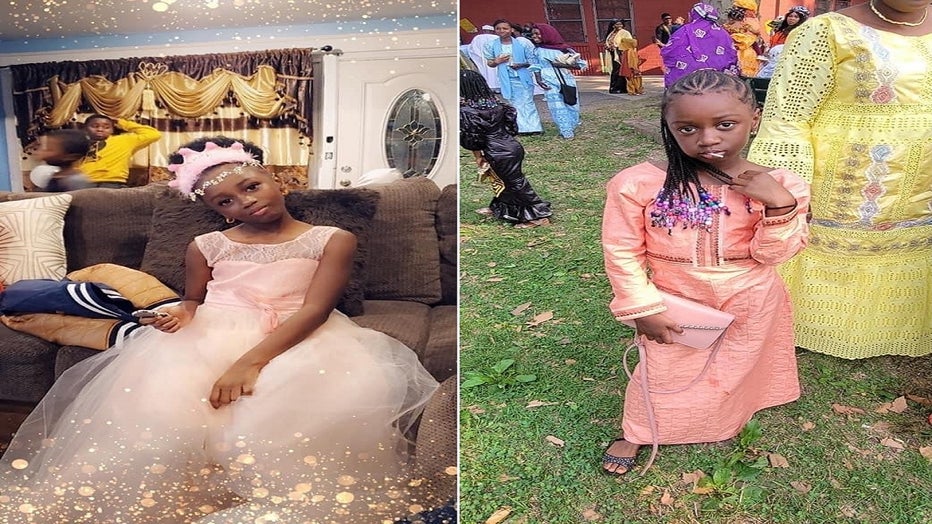 Fanta Bility, 8, was killed when gunfire erupted at a high school football game in Sharon Hill on Friday.

The family says Fanta's 12-year-old sister was also struck during the shooting but has since been released from the hospital and is doing well.

"They said she passed and I cried a lot," Fanta's brother Bangalee Bility told FOX 29's Jennifer Joyce. "I can’t even cry right now, everything I’m gonna do, I'm gonna do it for her, she’s my little sister."

The Delaware County District Attorney's Office said Monday no one has been taken into custody in connection with the shooting.

"Fanta a very sweet little girl, she loved everybody," Fanta's uncle Abu Bility said. "Our community is really shocked we don’t experience this kind of thing much."

"Now is the time for our community to come together in support of our students, staff and their families," Pennsylvania State Senator Steve Santarsiero said. "If I know anything about our Pennsbury community, I know that we will do just that."

A memorial has started in honor of Fanta at the Sharron Hill Sports Complex.