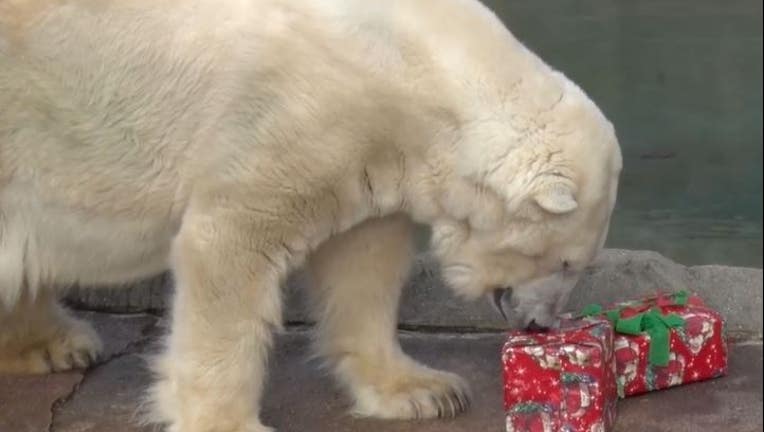 MILWAUKEE - Snow Lily the polar bear from the Milwuakee County Zoo, was much too eager to see what Santa had brought her for Christmas, but had a tough time opening her presents.

The zoo posted an adorable video to their Facebook page which showed Snow Lily struggling to open her packages, clawing at the boxes and trying to open them with her teeth.

The eager bear had recently celebrated her 34th birthday on Dec. 5., and is thought to be the oldest polar bear living in North America according to FOX6.

For her birthday Snow Lily received a giant box filled with some of her favorite treats like peanut butter, honey, molasses, sherbet and fish.