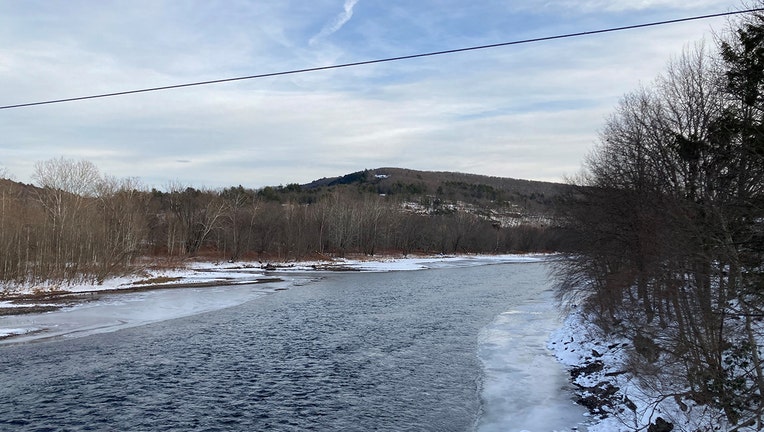 The regulatory agency responsible for the water supply of more than 13 million people in four states has permanently banned natural gas drilling and fracking near the Delaware River.

The Delaware River Basin Commission cited "significant immediate and long-term risks" from gas extraction and asserted that drillers have "adversely impacted surface-water and groundwater resources, including sources of drinking water, and have harmed aquatic life in some regions."

The interstate-federal commission is made up of the governors of New York, New Jersey, Pennsylvania, Delaware, and a representative from the federal government (a commander from the U.S. Army Corps of Engineers).

The panel voted 4-0 in favor of the ban. The federal representative abstained.

Business and industry groups condemned the ban, which made permanent a moratorium on drilling and fracking in the Delaware watershed that had been in place for more than a decade.

"There is no support to any claim that drilling results in widespread impacts to drinking water, rivers or groundwater," said Gene Barr, chief executive of the Pennsylvania Chamber of Business and Industry. "This was a political decision uninformed by science."

Farmers and other landowners who had once leased their land to drilling companies have bitterly opposed the moratorium.

Drilling opponents, meanwhile, have long contended that large-scale gas exploration could not be done safely so close to crucial waterways and renowned fisheries. The Delaware and its tributaries supply drinking water to Philadelphia and half the population of New York City.

"This is a watershed moment for protecting one of America's most iconic watersheds," said PennEnvironment Executive Director David Masur. "Fracking shouldn't be allowed anywhere, much less near an iconic natural waterway like the Delaware River."

"More than 13 million people rely on the waters of a clean Delaware River Basin that is free of the chemicals used in fracking," Murphy said in a statement. "Our actions, including the further rulemaking outlined today to address fracking wastewater, will protect public health and preserve our water resources for future generations."

Excerpt from the Commission's Resolution

"As the scientific and technical literature and the reports, studies, findings and conclusions of other government agencies reviewed by the Commission have documented, and as the more than a decade of experience with high volume hydraulic fracturing in regions outside the Delaware River Basin have evidenced, despite the dissemination of industry best practices and government regulation, high volume hydraulic fracturing and related activities have adversely impacted surface water and groundwater resources, including sources of drinking water, and have harmed aquatic life in some regions where these activities have been performed." —Resolution No. 2021-01

"As the federal commissioner, I represent the different missions of the many federal agencies with responsibility in the Delaware Basin. As part of the voting process, we solicit input from a team of federal agencies and the White House. Due to the recent Administration transition, this coordination has not been completed, and we thus abstained from today’s vote. We respect the vote from each of the Commissioners representing their respective states. I greatly appreciate the hard work and extensive coordination by DRBC staff." —Brig. Gen. Thomas J. Tickner, commander, North Atlantic Division, U.S. Army Corps of Engineers