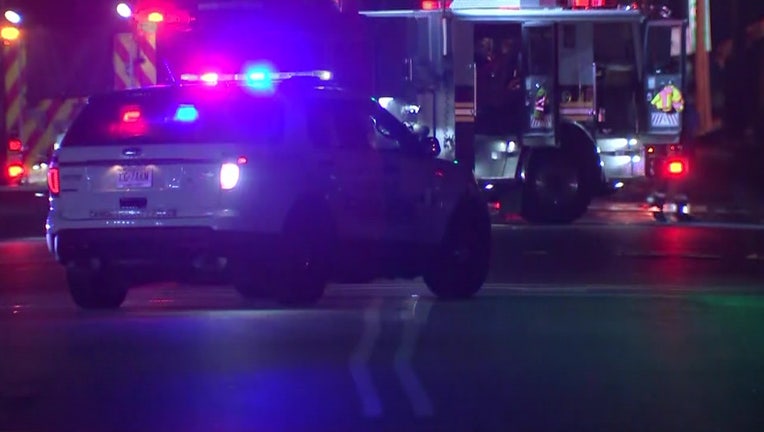 Police in Woodlynne say a woman was struck and killed by a police car late Wednesday night.

WOODLYNNE, N.J. - The New Jersey Attorney General's Office on Thursday identified a woman who hit a woman who was struck and killed by a police patrol car last week in Camden County.

Officials said Officer Kevin Randolph Gilbert Jr. from the Camden County Metro Police Department was driving on Mount Ephraim Avenue in Woodlynne just before 11 p.m. on June 9 when he struck 66-year-old Zandra Baez as she was crossing the road.

Baez suffered serious injuries from the collision and was pronounced dead at the scene, according to officials.

The Attorney General's Office said Officer Gilbert was not en route to a call at the time of the fatal crash. He immediately stopped and called for emergency medical help, according to investigators.

The AG's Office is continuing to investigate the fatal crash. No arrests or charges have been reported.