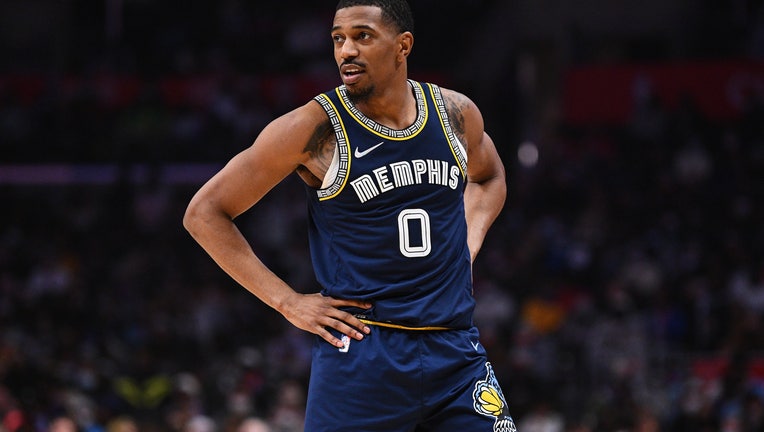 PHILADELPHIA - The Philadelphia 76ers traded the rights to the 23rd overall pick of Thursday night's NBA draft and Danny Green to the Memphis Grizzlies for De’Anthony Melton, said a person with knowledge of the situation.

The Sixers selected Colorado State's David Roddy and he will be sent to Memphis, said the person, who spoke to The Associated Press on condition of anonymity because the trade was not yet official.

Melton averaged 10.8 points per game for the Grizzlies last season and 8.4 points overall in two seasons with Phoenix and Memphis. Melton is scheduled to make $8.25 million next season and $8 million in 2023-24.

Green tore both the ACL and LCL in his left knee during the playoffs.

The Sixers were only scheduled to have the 23rd pick in the draft.

Philadelphia has had just two draft picks over the last 10 years to make a significant contribution to the team. Aside of NBA scoring champion Joel Embiid and guard Tyrese Maxey, the 76ers appear open to trading other players on the roster following a second-round exit.

The Sixers have lost in the Eastern Conference second round four times since 2018 — once as a No. 1 seed — and were swept in the first round in 2020. They haven’t advanced past the second round since 2001 and only twice (1985 the other) since winning their last NBA championship in 1983.

The Sixers and James Harden have big decisions ahead. Harden has a $47.4 million player option for 2022-23 and, should he pick it up before July 1, would be eligible to sign a max contract extension for nearly $223 million through the 2026-2027 season.

Harden said after the Sixers were eliminated he would do "whatever it takes to help this team continue to grow." He could opt out of his deal and agree to return for less money.