FOX 29's Bill Anderson has more on a standoff that sparked explosions and a fire that torched several homes in Lower Providence Township.

LOWER PROVIDENCE TOWNSHIP, Pa. - Authorities say a standoff with an armed suspect resulted in a series of explosions and a fire that damaged three residential buildings in Lower Providence Township Thursday.

Officers responded to the scene and engaged the man in front of his home, where he retreated back inside.

Authorities say police confronted an armed man who retreated back inside his home before a series of explosions were heard and the residence caught fire.

A short time later, authorities say they heard a series of loud explosions, and the home caught fire. Officers established a perimeter and evacuated residents in the surrounding properties.

Fire crews and additional police resources were called to the scene. 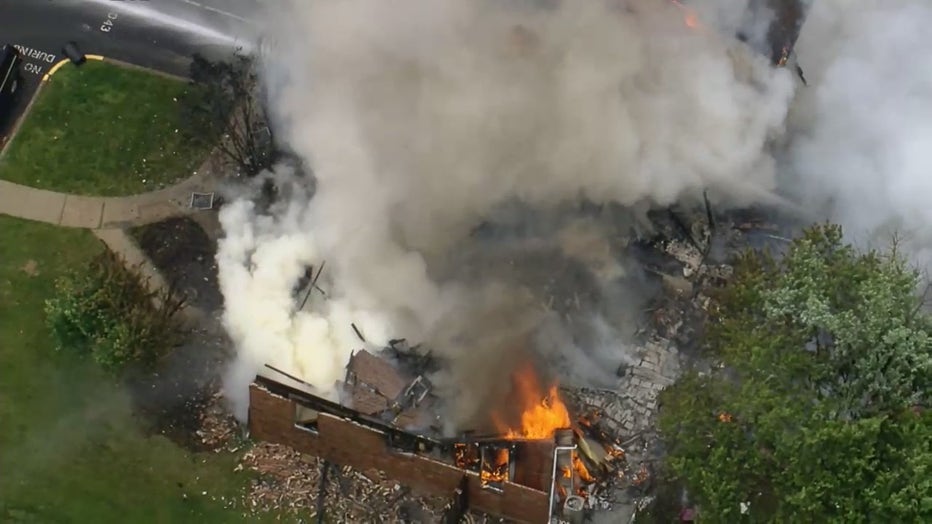 Police say one person sustained minor injuries and at least three buildings were damaged in fires.

Lower Providence Police Chief Mike Jackson says officers are still working to locate the suspect, 'who may or may or may not be inside the residence.'

Chief Jackson says the area is safe and the shelter in place order has been lifted as a large police presence remains in the area.

"I want to ensure the community it’s safe. It’s safe for them to return to their homes and we are gonna maintain a large presence," he said.

"We ran and then they ran behind us. Craziness, I don’t even know because I was panicking," she said.

The Red Cross is on scene and they are assisting displaced residents.

Police are expected to provide another update Friday morning.