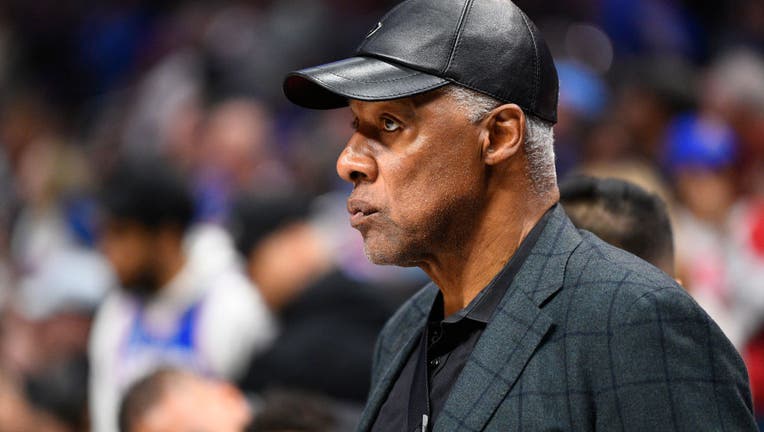 LOS ANGELES, CA - MARCH 01: Julius Erving looks on before a NBA game between the Philadelphia 76ers and the Los Angeles Clippers on March 1, 2020 at STAPLES Center in Los Angeles, CA. (Photo by Brian Rothmuller/Icon Sportswire via Getty Images)

DOVER, Del. - A Delaware judge on Monday halted a lawsuit filed by basketball legend Julius Erving against a brand development and marketing company, ruling that the dispute must go to arbitration.

The lawsuit by the Hall of Fame player known as "Dr. J" stems from a 2016 agreement to sell a majority interest in his trademark and other intellectual property to Authentic Brands Group LLC.

According to court records, ABG and its controlling member and CEO, James Salter, promised to grow Erving’s brand through new licensing agreements, promotional appearances, and other marketing opportunities.

The lawsuit, which was filed last year, alleges that ABG and Salter failed to devote adequate resources to grow the "Dr. J" brand and focused instead on more profitable brands.

Among specific allegations, the lawsuit argues that ABG wrongfully diverted funds to itself to pay an unauthorized 30% management fee, and used the wrong metric to determine distribution amounts.

ABG filed a motion to dismiss the lawsuit, arguing that the operating agreement requires the parties to arbitrate the dispute.

In his ruling Monday, Vice Chancellor Nathan Cook agreed that, under a dispute resolution provision in the operating agreement, the court cannot exercise jurisdiction until the case is first submitted to an arbitrator.

He also said that, under the Federal Arbitration Act, it was appropriate to halt the lawsuit, rather than dismiss it, pending a decision from the arbitrator.