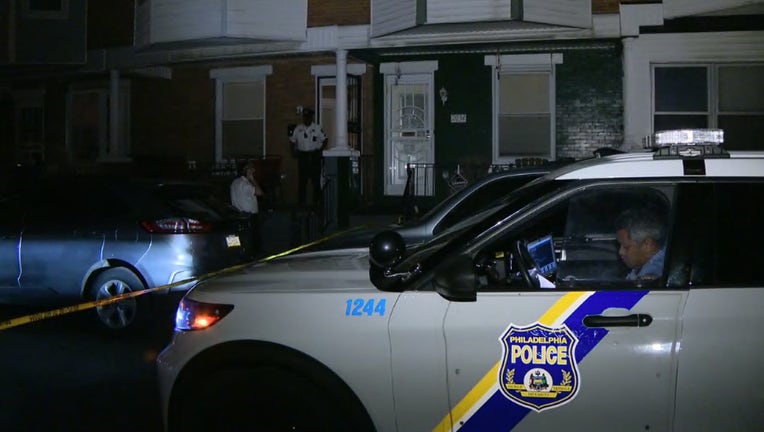 PHILADELPHIA - An argument led to a man being shot to death inside of a Kingsessing home on Tuesday.

The incident happened shortly before 1:27 a.m. on the 2000 block of South Alden Street.

When police arrived, they were taken to the second floor front bedroom and found a 27-year-old male suffering from multiple gunshot wounds to the chest.

He was transported by police to Penn Presbyterian Medical Center where he was pronounced dead at 1:45 A.M. He was later identified as Arnold Kirksey.

Police have been told a male known doer entered the home and began an altercation with the victim, but that person has not yet been taken into custody.

According to authorities, cameras lined the block so they will use that footage to help them in their investigation as well.

Police say they believe the motive was domestic.